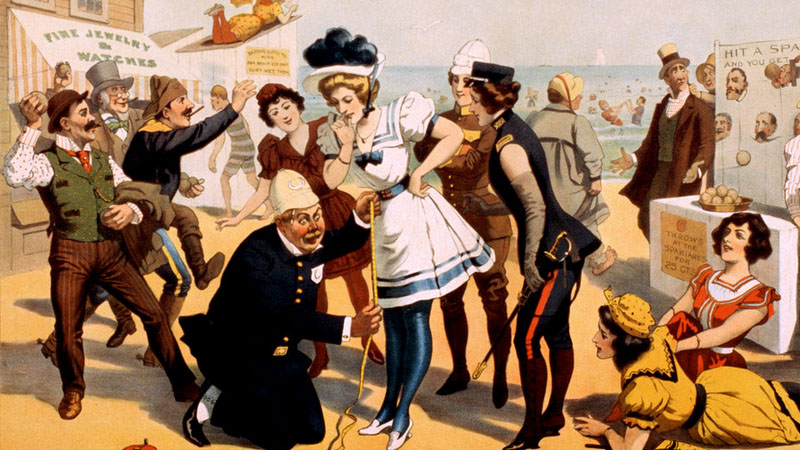 Everywhere we look in our exploration of Edwardian life we find crazy etiquette and swimwear was no exception. By the turn of the 20th century, Edwardians were flocking to the beach for seaside liesure.  During the Victorian and early Edwardian eras, women wore clothes that covered most of the female figure.  It was scandalous for women to show their bare arms, legs and necks at the beach.

Layer upon layer of petticoats with heavy flannel fabric made it nearly impossible to swim!  As if that wasn't bad enough, weights were sewn into the fabric to prevent the dress from floating above the water. While the weights increased the chance of drowning, it worked to preserve the modesty of the bather, and who doesn't want to look their best while drowning? 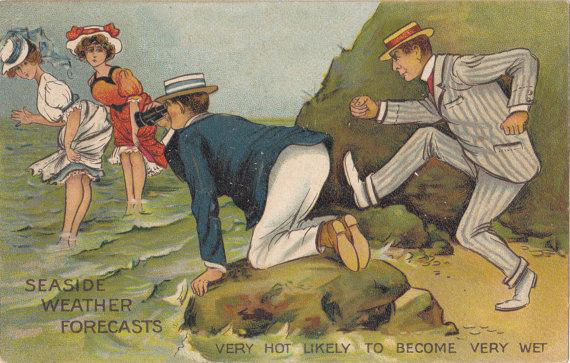 To make matters worse, a hood was sometimes added to this attire to conceal the head while emerging from the water. Outrageous!  How did anyone put up with this?

To protect prospective bathers from prying eyes, women used a device called a bathing machine at seaside resorts. The bathing machine consisted of a little wooden hut on wheels that was parked on the beach. Women would enter the box from one of two doors and change into their bathing suits. 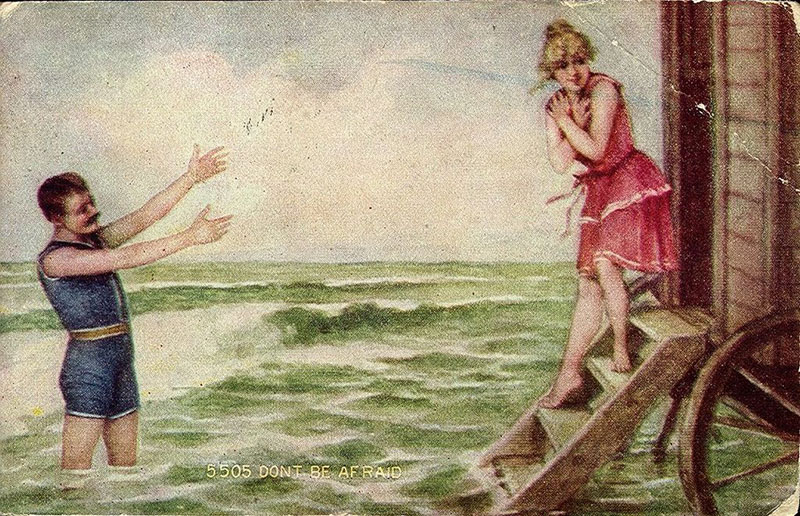 Once properly attired, a horse would pull the cart into the water where the women could swim in privacy.  When she was finished, the bather would raise a small flag, signalling the driver to pull the cart back to the beach.

For inexperienced swimmers, a strong person of the same sex, called a "dipper", would be available to push the bather into the water and pull them out when they were finished.  Even after all this, Victorian women still needed an escort!

By the Edwardian era, women wanted to shed their restrictive clothing.

Despite varieties in style and color of turn-of-the-century bathing suits, women typically dressed in black knee-length, puffed sleeve wool dresses with a sailor collar.  Worn over bloomers or drawers trimmed with ribbons and bows, the dress was accessorized with black stockings, lace-up bathing slippers, and fancy caps (1). 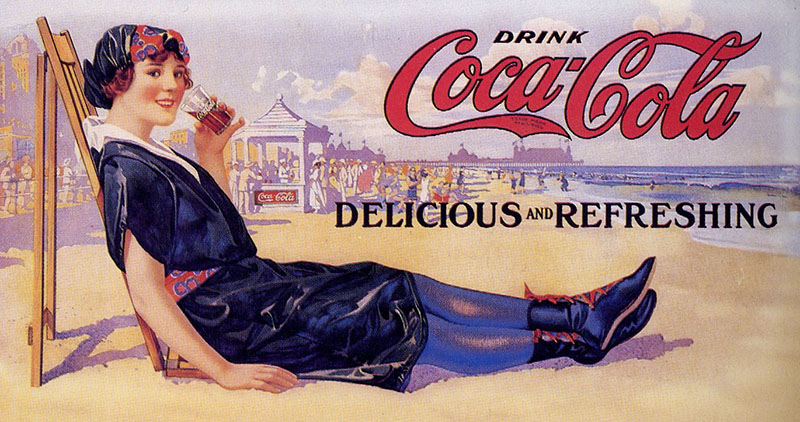 In 1907, Australian swimming champion Annette Kellerman shocked New Jersey beach goers by wearing a one-piece bathing suite with shorts above the knee.  The event caused a scandal and Kellerman was arrested for indecency.  The judge apparently allowed Kellerman to wear the swimsuit as long as she wore it with a cape!

In 1910, in opposition to prudes, swimsuits began to show more arms, legs up to mid-thigh, and neck.  By the 1912 summer olympics, the women's swimming event was introduced.

At those Games, British women wore full-body silk suits of such a volume that they could be passed through a wedding ring. The suits were complemented by bras and bikini-style briefs as they became transparent when wet. Women's coaches were rare at early Olympics, and to further reduce the chances of harassment women were accompanied by chaperones (2). 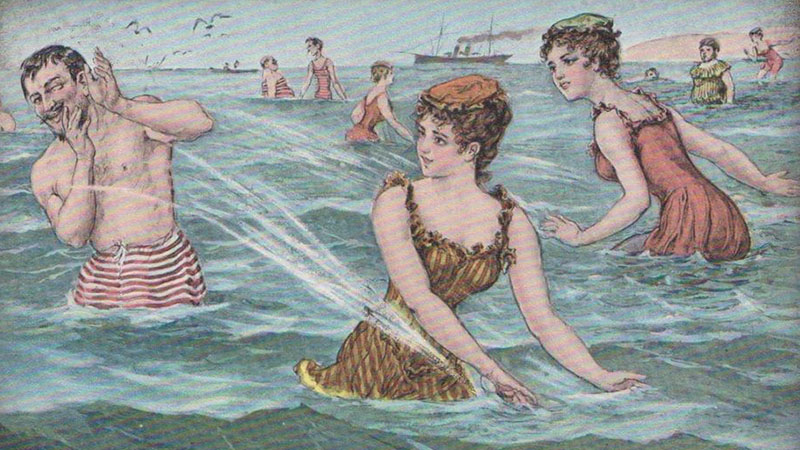 By the 1920's, form fitting swimwear became more popular and beach codes were enforced for women who showed too much bare leg.  Police would roam beaches and with measuring tape in hand, make sure that swimsuits did not rise more than six inches above the knee.

A "beach tailor" might be called to help sew the clothing to satisfy the requirements. At other times, the women might be sent home and in the most ridiculous cases, there were even arrests! (3) 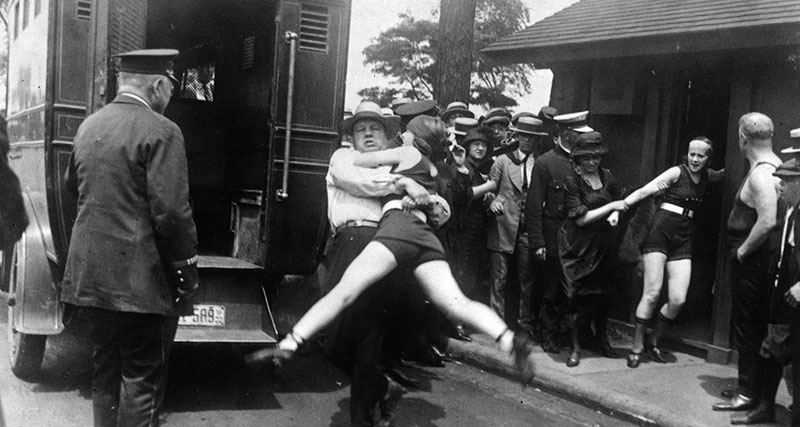