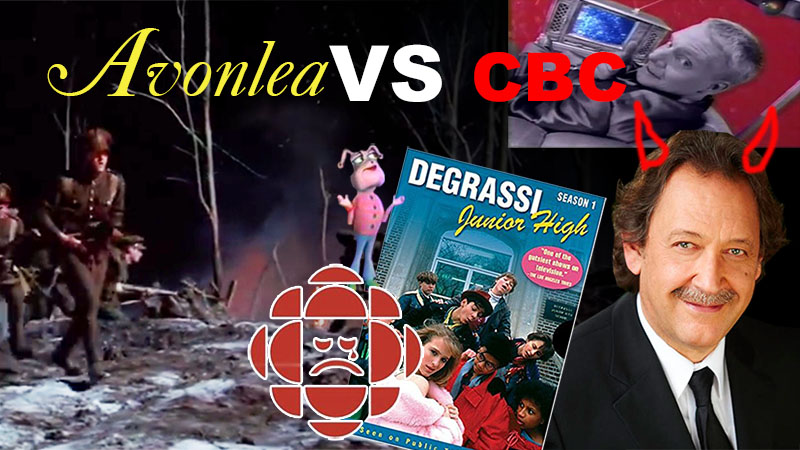 When Happy Christmas Miss King first aired on December 13, 1998, viewers were expecting the triumphant return of the beloved characters from Canada's greatest series. Producer Ray Sager even imagined future reunion films that would follow for an Avonlea franchise that could extend well into the 2000's.

By March 1997, this optimism faded as the production was dealt a serious blow. Despite the Canadian Broadcasting Corporation's (CBC) claim that they were "very interested" in the film, they failed to obtain the 1.5 million from the Cab Production Fund.

Without the funding, budget cuts were inevitable and the first casualty was one of the films most important characters--Gus Pike, played by Michael Mahonen. Mahonen was not pleased with the loss in compensation and expressed his displeasure on Kitty Hadley's 'My Michael Mahonen' website:

I read the initial script and Gus did have a significant role in the movie.  However, when discussions about my involvement began, it was made abundantly clear to me that my services as an actor and the presence of Gus in the movie were in reality of very little worth. The value of my services and my ability to portray Gus Pike have not mysteriously and unaccountably diminished, so when compensation for my services in this movie were to have mysteriously, unaccountably and significantly diminished, I would have been doing a disservice to myself and to every other actor in Canada had I accepted.  I do not understand why this happened.

In the series, Gus Pike battled villains like his criminal father Abraham Pike and the treacherous Captain Stan Borden; but Avonlea's greatest villain was not fictional--It was CBC's Executive Director of Network Programming Slawko Klymkiw.

Unlike Ivan Fecan, who courageously ushered in tremendously successful shows like Road to Avonlea, Klymkiw cowardly cut the CBC budget at a critical time, including slashing "$200,000 in contractual options" to the actors.

In a weak attempt to explain this disastrous decision, Klymkiw informed Sullivan that he was "trying to sort out where the CBC was going to go in the next three years with $250 million less than we have. We only have so much money. We can't bankrupt (CBC)."

As the Toronto Star reported, CBC made this mistake previously when the budget to Royal Canadian Air Farce was foolishly cut and they ended up paying more to keep the series.

With 5.5 million invested in 'Road to Avonlea' and 'Wind At My Back', Sullivan "threatened that would never invest again in a CBC production.  The producer lashed out to the Toronto Star about CBC's colossal failure:

`...with that amount no longer available from the Cable Fund our company would have to deficit finance the shows.''

``We've come to the conclusion that CBC right now is that horrible mixture of a bureaucracy that doesn't know where it's going -they've told us they don't - and the prototypical Canadian dilemma of don't let anything get too successful otherwise you can't control it.''

``We'd rather take our profits and put them into our programs with other Canadian broadcasters.''CBC, he claimed is ``so focused on cutbacks that it's lost sight of programming.

``There is mismanagement at CBC and it's getting worse. CBC is in such a disarray management-wise. Who is really running CBC? What is its vision?''

Unfortunately, Sullivan couldn't even shop Road to Avonlea or Wind At My Back to other broadcasters because CBC retained the syndication rights!

Due to the spinelessness of CBC, Sullivan and Grant had to pay $2.6 million to keep the reunion film and Wind At My Back on schedule.  Additionally, Sullivan paid $400,000 for promotion costs "because CBC had only $80,000 to promote it."

The script was frantically rewritten without Gus Pike. The result was a mixture of hastily recycled story lines from the series, many of which had already been resolved. Despite these faults, the Christmas movie provided the remarkable story line of Felix's disappearance in the war torn fields of Europe and Janet's attempt to cope with the unbearable uncertainty of whether her son was alive.

"We deal with the loss of loved ones in the community and separation of family - and one of our heroes could be dead," Director Stephen Scaini explained. "At the end, we re-ignite all the candles and all the warmth."

The light of hope has dimmed in the years since 'Happy Christmas Miss King" first aired on December 13, 1998.  Despite the immense record breaking popularity of the series, multiple fan driven conventions, and occasional interest by Sullivan, Happy Christmas Miss King would be the last time our beloved characters would walk the Road to Avonlea. Despite all these efforts, the decision to end all future productions likely happened way back in March 1997.

Ultimately, it was CBC that left coal in the stocking of Avonlea fans around the world and extinguished the hopes for future Road to Avonlea reunion films.