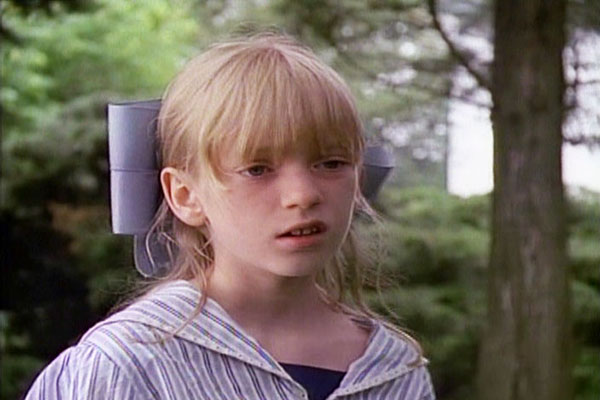 In 1989, Sarah Polley had several acting options that could have prevented her from siezing the pivitol role of Sara Stanley.

At the time, Sarah was attending grade five at the Claude Watson School for the Arts where she learned to dance and mime. She planned to take a break from acting that summer. It would be her last summer in her families North York home overlooking a sprawling golf course. She looked forward to having a dog when the family moved to the new home in Aurora, but in the meantime, she settled on a toad farm.

In May 1989, Polley’s agents were working against her summer plans.

Polley auditioned for the role of Cher’s daughter in ‘Mermaids (A role that went to Christina Ricci),’ a starring role as Annie in the bizzare "Annie and Daddy Warbucks Go To Budapest," and a part in the chilling ‘Small Sacrifices’ about an infamous child murderer.

The planned filming for Small Sacrifices in June 26 in Vancouver conflicted with filming for Road to Avonlea and it became apparent Polley's camp would have to decide between the two projects.

After serious discussions with Sullivan, Sarah and her family accepted the role of Sara Stanley in the new series.