The Family Guide to Marriage 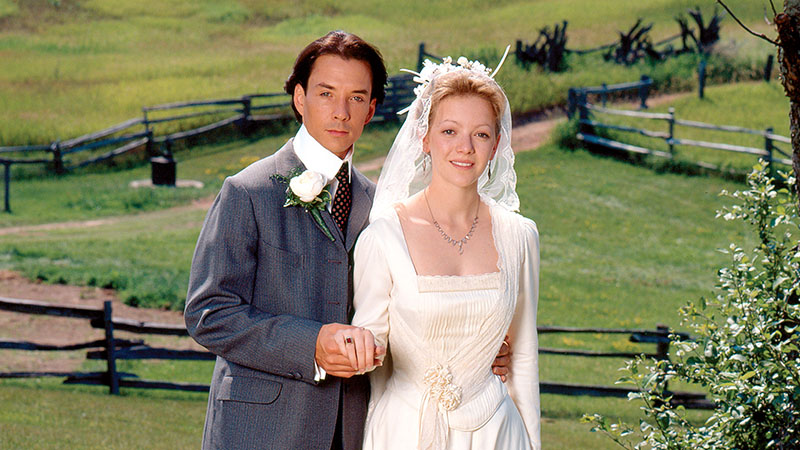 There were several weddings depicted throughout the series Road to Avonlea--the most prominent being Gus and Felicity, and Jasper and Olivia. But there is one burning question--does the series accurately reflect marriages from the Edwardian time period or are these marriages filtered through the lens of our modern perspectives? In the Avonlea age passages below, the Family Guide explores the rules and expectations for Edwardian marriage. 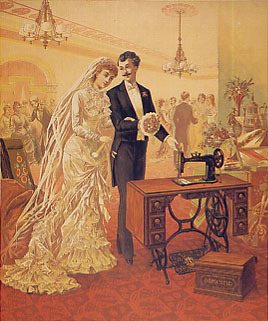 The groom kindly shows his new bride to her work station

The very best Sewing-Machine a man can have is a Wife. It is one that requires but a kind word to set it in motion, rarely gets out of repair, makes but little noise, is seldom the cause of dust, and, once in motion, will go on uninterruptedly for hours, without the slightest trimming, or the smallest personal supervision being necessary…

If it does get out of order a little, from being over-worked, it mends itself by being left alone for a short time, after which it returns to its sewing with greater vigor than ever… The sewing Machine may be pronounced perfect of its kind; so much so, that there is no make-shift in the world that can possible replace it, either for love or money. In short, no gentleman’s establishment is complete without one of these Sewing Machines in the house!”
~ Punch, 1859 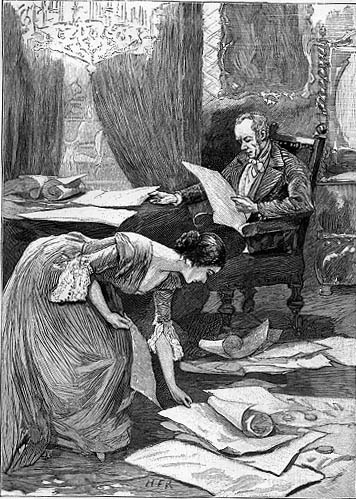 A Woman's Place in the Home

Woman not being permitted by our present social arrangements and conventional rules, to procure a livelihood through her own exertions, is compelled to unite herself with some one who can provide for her; therefore in contracting matrimony she thinks principally of this necessary requisite…

Man, on the other hand… seeks to find in his wife, a sort of upper servant, or female valet, who is to wait upon him, attend to his wants, instinctively anticipate his wishes, and study his comfort, and who is to live for the sole purpose of seeing him well-fed, well-lodged, and well pleased.”
~ Anne Richelieu Lamb - Can Women Regenerate Society?, 1844 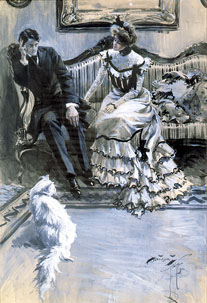 I have always thought that there is no more fruitful source of family discontent than a housewife’s badly cooked dinner and untidy ways. Men are so well-served out of doors—in their well ordered taverns and dining-places—that in order to compete with the attractions of these places a mistress must be thoroughly acquainted with the theory and practice of cookery as well as be perfectly conversant with all the other arts of making and keeping a comfortable home.
~ Mrs. Beeton - Household Management preface, 1861. 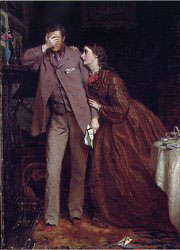 The man who goes home from his work on a Saturday only to find his house in disorder, with every article of furniture out of its place, the floor unwashed or sloppy from uncompleted washing, his wife slovenly, his children untidy, his dinner not yet ready or spoilt in the cooking, is much more likely to go “on the spree” than the man who finds his house in order, the furniture glistening from the recent polishing, the burnished steel fire-irons looking doubly resplendent from the bright glow of the cheerful fire, his well-cooked dinner ready laid on a snowy cloth, and children tidy and cheerful.
~ Thomas Wright, Some Habits and Customs of the Working Classes - “by a Journeyman Engineer”, 1867

"There is something so unpleasant in female self-sufficiency"

The sentiment for woman has undergone a change. The romantic passion, which once almost deified her, is on the decline; and it is by intrinsic qualities that she must now inspire respect.

A woman may make a man’s home delightful, and may thus increase his motives for virtuous exertion. She may refine and tranquilize his mind—may turn away his anger, or allay his grief. Where want of congeniality impairs domestic comfort, the fault is generally chargeable on the female side; for it is for woman, not for man, to make the sacrifice, especially in indifferent matters. She must, in a certain degree, be plastic herself, if she would mold others, and this is one reason why very good women are sometimes very uninfluential. They do a great deal, but they yield nothing…

In everything that women attempt, they should show their consciousness of dependence. There is something so unpleasant in female self-sufficiency, that it not infrequently prejudices instead of persuading. Their sex should ever teach them to be subordinate; and they should remember that, by them, influence is to be obtained, not by assumption, but by a delicate appeal to affection or principle. Women, in this respect, are something like children: the more they show their need of support, the more engaging they are.
~ Mrs. John Sandford - Woman in her Social and Domestic Character, 1837.

A women was urged to have her daughters work with her… learning the whole round of the neat housekeeper’s duties. When this is done, we may expect better housekeepers, made from well-developed girls—women with muscles, bones, and nerves—with a smaller number of the victims Of that freakish and horrid disease, neuralgia, and, as a natural and legitimate result, a healthier, wiser and happier race.”
~ Godey’s, 1876 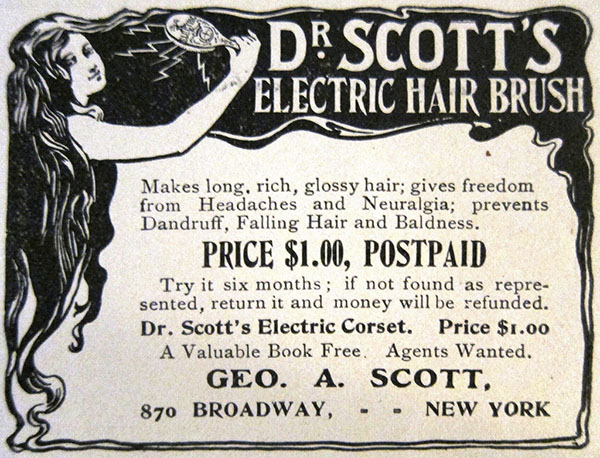 Ads like Scott's Electric Brush promised to relieve Neuralgia by applying a gentle current of electricity to the head.

It is considered far more healthful for grown people to occupy different beds. The air which surrounds the body under the bed clothing is exceedingly impure, being impregnated with the poisonous substances which escaped through the pores of the skin. Celebrated physicians have condemned the double bed.
~ Elizabeth F. Holt, From Attic to Cellar, 1892