RH Thomson and Kate Nelligan Dated Before Road to Avonlea; Ruffman Had Crush 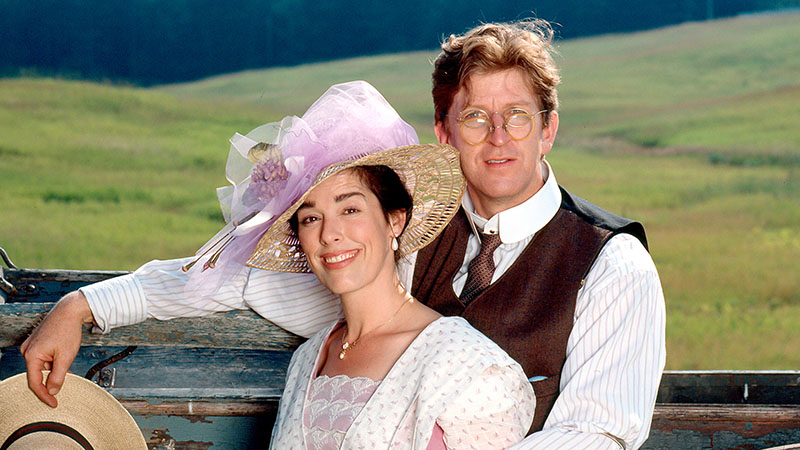 Ryan B. recently made an awesome post in the 'After the Honeymoon' comments section.  While reading Bright Particular Stars: Canadian Performers," he found that RH Thomson and Kate Nelligan briefly dated while studying together in England.

I read about this a while back but forgot about it until recently.  Nelligan confided about this relationship In a 1992 Toronto Star Article:

"He'll kill me for this.  When I was 17 or 18, Rob was my boyfriend, and I haven't seen him since. I've seen some his work - (the miniseries) Glory Enough For All - but the last time we were together we were doing some play in Middle-English, at university, I think. Something no one but the actors could possibly understand."

Interestingly, there was also a connection between Thomson and Mag Ruffman (Oliva King/Dale) before the series started.  Mag and Thomson were neighbors when they grew up in Richmond Hill and Mag even admitted having a crush on Thomson!

These unique relationships between the actors perhaps was the most interesting part of the otherwise lack luster episode "After the Honeymoon."