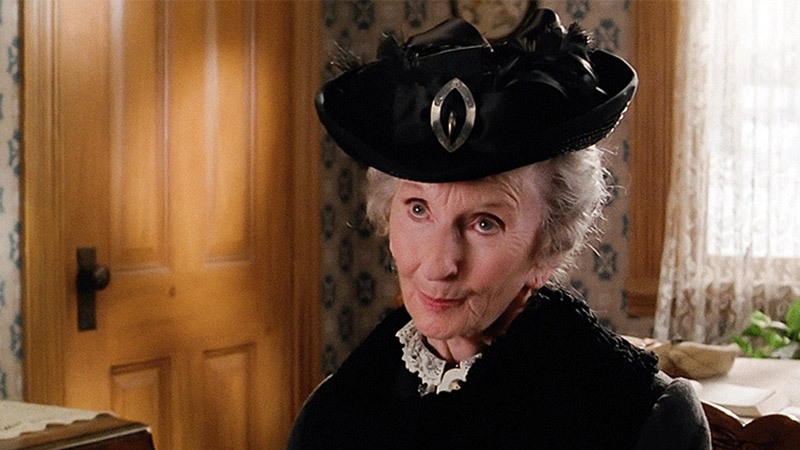 Eliza Ward returns and begins her usual clammoring, except this time it includes premonitions of death.

Eliza's constant requests put pressure on the King family, especially Felix, who has to give up his room for the elder Ward. In an attempt to rid Eliza and reclaim his room, Felix turns off the heat to the room.

While consequently having to sleep in the warm kitchen, Eliza overhears Janet's critical comments toward her and attempts to leave King Farm on foot.

Hetty informs Alec that Eliza stood up to Janet's strict father so that she could marry Alec. When Janet discovers Eliza's departure, she tracks her Great Aunt down and brings her back to King Farm.

Alec faces a crisis when the lambs face possible death due to cold exposure. Sara and Felix rescue the lambs while using the heat generating bicycle they discovered in Jasper's workshop, which also provides warmth for Eliza.

Cold and death are terms that are linked together as metaphors for the isolation that Eliza experiences by feeling alone in her old age and the rejection she receives from the King family. The concepts of warmth is expressed through the reconciliation that the family makes with Eliza.

The warmth from the lightbulbs saves the King lambs in the literal sense, and the warmth of the King family saves Eliza's spirit in the figurative sense.

Eliza tells Felicity that her first love was a union soldier, Lyle Prescott. Apparently, it was forgotten that Eliza's first love was Timothy Cotton, explained in How Kissing Was Discovered.

Wasn't it typical for Felicity to check herself in the mirror after Eliza mentioned that she had a "pinched" look?

Wasn't it convenient for Sara to start wearing long pants in an episode where she would have to ride a bike?

"A month, two months... Oh who can say how much longer I'm intended to be on this earth for heaven's sake." -Eliza Ward

"School has nothing to do with life Felicity." -Felix King

Eliza talks about a previous love, telling Felicity: You should do what your heart tells you to do. No matter whatever people say."

(1) Arthur was in Nova Scotia and was unable to assist the Kings with the lambs.