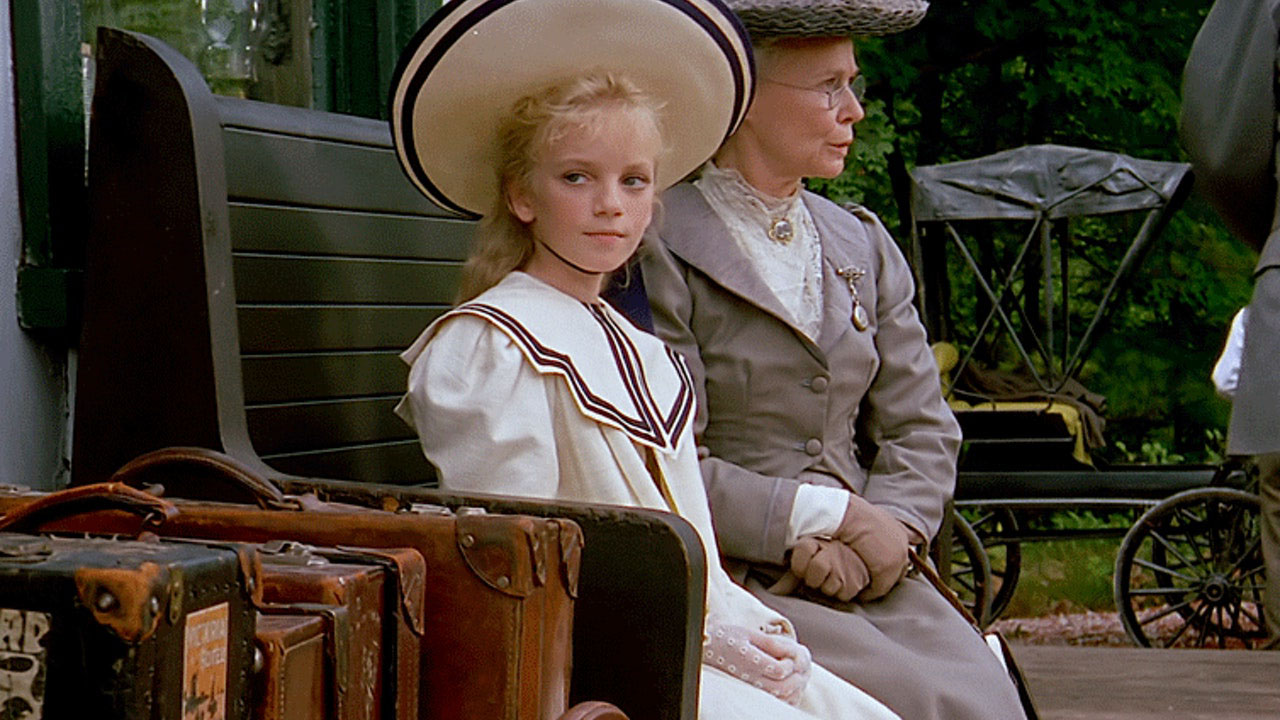 After Blair Stanley faces embezzlement charges, the wealthy Montreal businessman sends his daughter Sara to stay with her late mother's relatives in the small maritime town of Avonlea.

After Blair Stanley faces embezzlement charges, the wealthy Montreal businessman sends his daughter Sara to stay with her late mother's relatives in the small maritime town of Avonlea.

The journey of Sara Stanley (Sarah Polley) takes her to King Farm, where she meets her King Cousins: the vain and bossy Felicity (Gema Zamprogna), the scheming prankster Felix (Zachary Bennett), and the sweet and mild Cecily (Harmony Cramp). The venomous glares from Felix and Felicity when their cousins Sara and the bookish Andrew arrive at King Farm are priceless.  Sara also becomes acquainted with the cousins' parents: her patient and kind Uncle Alec and bustling and brassy Aunt Janet.

Felix and Felicity set a trap for Sara and Andrew, sending them plummeting through a trap door into a pig stall. The visiting cousins retaliate by providing alleged magic seeds to wish upon at night (Somehow, it always seemed that Sara and Andrew got it the worst).  Sara manages to adjust, despite her Aunt Hetty's harsh treatment and the pranks played by her cousins at King Farm.

Hetty King, who is not a character from the Montgomery novels, replaces Roger in the series. A likely explanation for this replacement could be that Sullivan wanted to provide the same older-and-younger woman relationship that proved successful in 'Anne of Green Gables.'

When Sara looks outside her window at Rose Cottage, a view of the Rushdon pond is shown. This is unlikely, because Sara's window overlooks nothing but trees.

"As the eldest in the family, I'm used to making unpopular decisions." -Hetty King.

"Trickery of the mind is just as potent as trickery of deed." -Peg Bowen.

(1) If Sullivan entertainment followed the Montgomery books The Story Girl and The Golden Road more closely, the series might have been called 'Road to Carlisle.' Sara would stay with her Uncle Roger and Aunt Olivia, Felix would be Felicity's cousin and the series would be narrated by someone named Beverley.

(2) The central plot for this episode as well as the first season final 'Nothing Endures But Change' bares a remarkable similiarity to the plot in Montgomery's short story The Redemption of John Churchill, from the 'American Messenger (1906). In this short story, a child is sent to live with his Aunt while his father, John Churchill, is imprisoned for embezzlement. . Similar to this episode, the child is taunted by a peer about the crime, the guardian Aunt is strongly against the father, and the child unconditionally defends him with the fierce loyalty of a Sara Stanley.

(3) In a 'Behind the Scenes' segment that advertised the series premier on CBC, Gema Zamprogna commented about the scene in which Sara and Andrew fall into the pigsty. "It was actually chocolate and butterscotch pudding mixed with hay, I think. Something like that but it still looked pretty disgusting."

(5) In the DVD release of 'Road to Avonlea: The Complete First Season,' the scene in which Cecily inquires about where Felicity is going with the magic seeds is omitted.

The first episode effectively introduces the main characters and sets the high standard of quality for future episodes.