Episode 1.3: The Quarantine At Alexander Abraham's 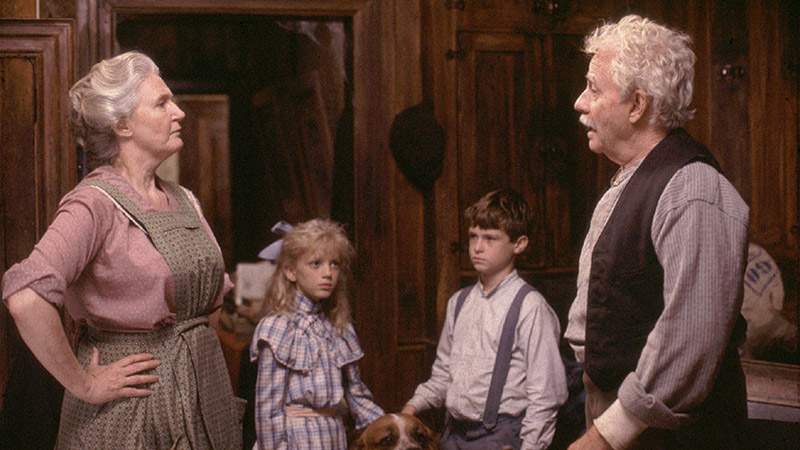 When Sara answers a dare from Felicity, the Story Girl and Felix fall under a quarantine and must endure Rachel Lynde's strict demands.

Rachel Lynde volunteers to become a Sunday school teacher and discovers that Alexander Abraham's hired boy, Jimmy Spencer, has been skipping services. In an effort to retrieve the boy, Rachel stumbles into Abraham's house, only to find that the house is under quarantine due to a spreading case of small pox.

When Sara answers a dare from Felicity, the Story Girl and Felix fall under the quarantine, and along with Alexander Abraham, must endure Rachel Lynde's disciplinarian life style.

Rachel Lynde and Alexander Abraham are like night and day: Lynde is strict and tidy while Abraham is messy and irritable. After a heated argument, a grumpy Abraham comments that Rachel "is straight from..." only to be interrupted by Sara who adds "Halifax." This doesn't stop Abraham from later declaring that "living with perfection is hell on earth."

Sara's insistence to Felicity that she can make friends with anyone gets her into trouble. Janet King's overprotective nature toward Felix is emphasized.

When Felix falls ill, Sara has another opportunity to recite a story from the Montgomery literature. Unfortunately, the scene cuts out and the chance is missed.

"It's beyond me how I'm going to put up with that dreadful man. Not to mention his beast of a dog." -Rachel Lynde

(1) This episode is based on Chapter VIII of Montgomery's Chronicles of Avonlea' with the same title. The other characters don't appear in the book, but Alexander Abraham still lives on White Sands road, has a dog named Mr. Riley and is a woman hater. Interestingly, Sara's "Because a lady asks you" response to Abraham is actually Sara's response to Mr. Campbell from the chapter "How Betty Sherman Won A Husband" from The Story Girl - A scene that is played out in "The Story Girl Earns Her name."

(2) Sullivan Entertainment's original Road to Avonlea site had a behind the scenes section called 'From the Horses Mouth' that featured a short story about W.O. Mitchel, who plays Alexander Abraham. While they were filming this episode in Uxbridge, Ontario, the Assistant Director said "That's it," and Mitchel believed that it was the end of the day and promptly left the set. Apparently, the director meant that it was only the end of the scene, but Mitchel had quickly vanished. A car was sent to retrieve him in Toronto and he was quickly ushered back to finish the scene.

(4) One of the Sunday school boys, 'Rupert Clive,' played by Bill Cody, receives a credit as 'Rupert Bell.' In later seasons he plays Rupert Gillis.

The conflict between Rachel Lynde and Alexander Abraham is hilarious. Their relationship is similiar to a version of 'The Odd Couple.'