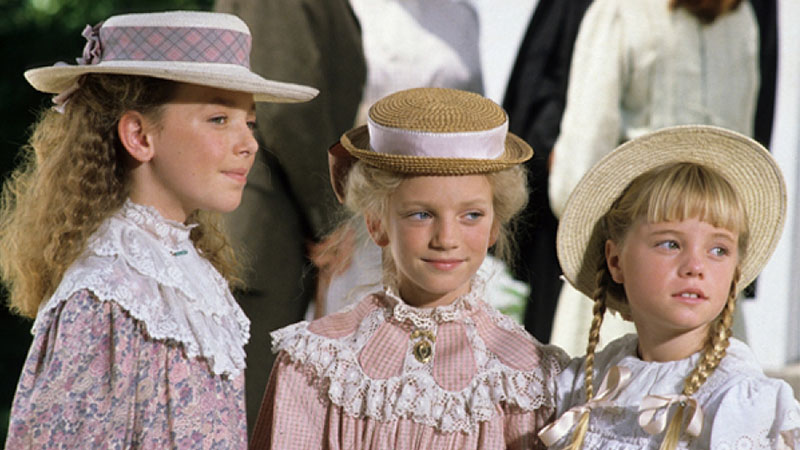 Marilla Cuthbert fabricates a beau named Duncan McTavish after village gossips pry into her romantic life. The consequence of Marilla's white lie results in disaster as the real Duncan McTavish arrives in Avonlea, which raises the suspicion of her long time friend Rachel Lynde.

The relationship between Marilla and Rachel is threatened when Rachel becomes suspicious of Marilla's beau. Sara Stanley begins her mission to bring lost loves together and repair romantic relationships. Felix has a classic line when he notes that "methodists say amen a lot more than presbyterians." The 'Anne of Green Gables' characters Marilla and Rachel are a great addition to an already rich ensemble of Avonlea characters.

The possibility of Marilla selecting the name of the travelling businessman is implausible and disrupts the suspension of disbelief to an extent. As Duncan and Marilla are leaving the church into town at the end of the episode, the bridge is suspiciously missing from the scene (see notes).

"That would be a fate worse than death!" -Sara Stanley.

"You can move heaven and earth, but heaven knows you can't bring a Methodist and a Presbyterian together," -Rachel Lynde.

"Don't believe everything you see girls, and only half of what you hear." -Sara Stanley.

(1) According to roadtoavonlea.com, Materializing of Duncan was the first episode filmed in the series.

(2) This episode is based on Chapter II of the Further Chronicles of Avonlea called The Materializing of Cecil. The names of the characters are completely different, but it's interesting to note how closely the episode follows the book with much of the dialogue and basic premise: Miss Homes is the old maid spinster Marilla Cuthbert who tells a regretful white lie, Cecil Fenwick is the materializing Duncan McTavish from Blakely New Brunswick, and Wilhelmina Mercer is Sara Stanley, who obnoxiously pleads Miss Holmes at the sewing circle to divulge the name of her mysterious made-up beau.

(3) The Avonlea bridge was built on wheels so that it could be moved for passing vehicles. The absence of the bridge at the end of this episode suggests that the director wanted a distant shot of Duncan and Marilla arriving into town, which isn't possible when the view is obstructed by the bridge.