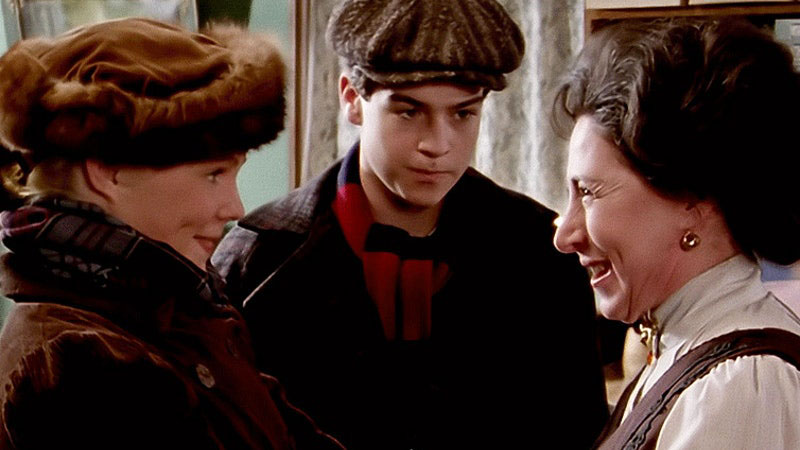 Cecily returns from Thornhill Sanitarium and endures the towns fear of her dormant tuburculosis.

Alec and Janet receive a phone call from Thornhill sanitarium, notifying them that Cecily is healthy enough to return to Avonlea.  Upon her arrival, Cecily moves to the summer kitchen where there is plenty of fresh air. The town reacts in fear of Cecily's dormant disease and the school board requests that she remain at home and not attend class.

Cecily quickly grows restless from the strict orders from the sanitarium. She defies the orders and takes her horse for a ride; but when she falls from the horse, Alec becomes enraged with her disobedience.

Felicity orders Cecily to remain in bed and Cecily lashes out and criticizes Felicity for sulking over her lack of direction in life.  This demonstrates a strong shift in Cecily's character from the first five seasons, most likely caused by her experiences in the Sanitarium.  In what could be another career direction, Sally offers Felicity a position working as an operator for Avonlea's first telephone exchange.

Alec and Janet realize that they are being too strict with Cecily's prescribed treatment and understand that they must set an example so the town can see that Cecily is not a threat. They decide to move Cecily back into the house.

In perhaps the most shocking moment of the series, Sally informs Felicity that she received a call from Ezekiel Crane in Boston, claiming that the Maid of Calais went down and Gus was drowned. Felicity angrily slaps Sally and refuses to believe that Gus is truly gone.

Wouldn't you like to know who Sally was talking to on the other line?

In hindsight, wasn't it weird to hear Felicity say, "God bless the Maid of Calais?"

"There comes a point when the greatest obstacle to wellness is the fear of others." -Muriel Stacey

"The Maid of Calais apparently went down. All hands were lost. Gus was drowned." -Sally Potts

(1) The King family finally get a telephone.

The somber news concerning Gus caps off the darkest season in the Road to Avonlea series.