Episode 6.12: A Time to Every Purpose 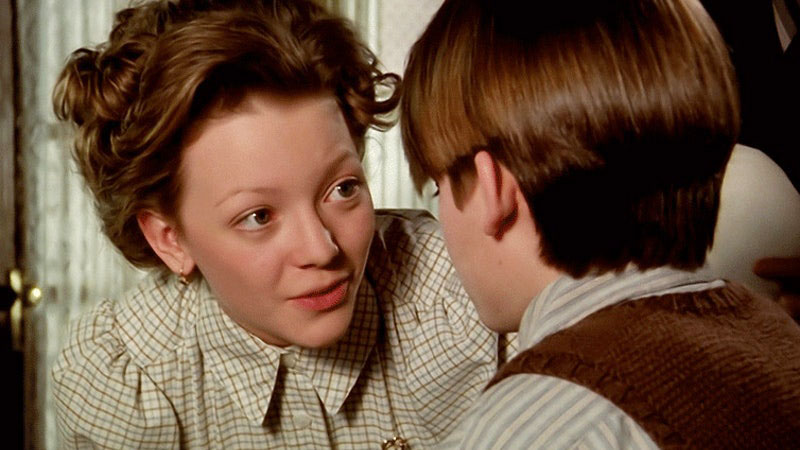 When tragedy strikes a childhood friend, Felicity reconsiders her career in the medical field.

Felicity is devastated when she realizes that she missed the registration date for medical school. She takes a position as an assistant to Doctor Snow but soon begins to question his methods. Felicity is critical toward what she considers his 'regressive' practices, including Snow's acceptance of food instead of money as payment.

She becomes reacquainted with her childhood friend, Colleen Wells Pritchard (Jan from Avonlea.tv, remembering Avonlea with Jan noted that if Colleen was such a good friend of Felicity's, we should have seen her or heard her mentioned earlier in the series). Felicity learns that Colleen married Seth Pritchard and that they are expecting their first child.

Colleen makes Felicity promise to be there when she goes into labor. Felicity is called away when a ship explodes near the coastline. After providing medical support for the survivors, she learns that Colleen has gone into labor.

Dr. Snow and Felicity rush to the Pritchard's and deliver the baby. The baby asphyxiates, but is saved by Felicity.  Colleen however, stops breathing and dies. In light of the terrible experience, Felicity decides that she will not attend medical school or continue as an assistant for Doctor Snow.

Seth Pritchard tells Felicity in the General Store that he and Colleen live "a ways out." However, we find out that they really live across the street at the Potts house! To make things even more confusing, we see Clara Potts walking out of the house in a later scene, suggesting that the Potts still live there!

Things get weirder. We find that Doctor Snow is now operating out of Biggins boarding house. What happened to his large cushy office in the country that we saw in Memento Mori? And why does he ask Felicity to take the long ride with him across the street to the Prichard/Potts house to check on the Pritchards? Does it really require him to hitch up his buggy just to travel across the street?

Olivia is still working for the Avonlea Chronicle in this episode, but where is the Chronicle located? The office where the Chronicle was usually located was replaced by a bank. Talk about stepping into the Twilight Zone! This is the fourth episode in a row to feature a cliche title.

Do you think Gurney was going to give his tooth to the tooth fairy?

Do you think the tooth fairy would want to go anywhere near Gurney's tooth?

"The only thing I did today that was remotely medical was clean Gurney MacDonald's old rotten tooth." -Felicity King

"Colleen's life was in the hands of providence." -Janet King

"A life without regrets is a life well lived." -Eliza Ward
(Thanks for the corrections Annabelle)

Felicity tells Janet that she will marry Gus when he returns from Jamaica.

(1) Marion Bennet, who played Jane in 'Lantern Hill,' plays the role of Felicity's friend, Colleen Prichard. She also provided the voice of the young Hetty in Memento Mori.

Another career change for Felicity.