Episode 6.5: The Trouble With Davey 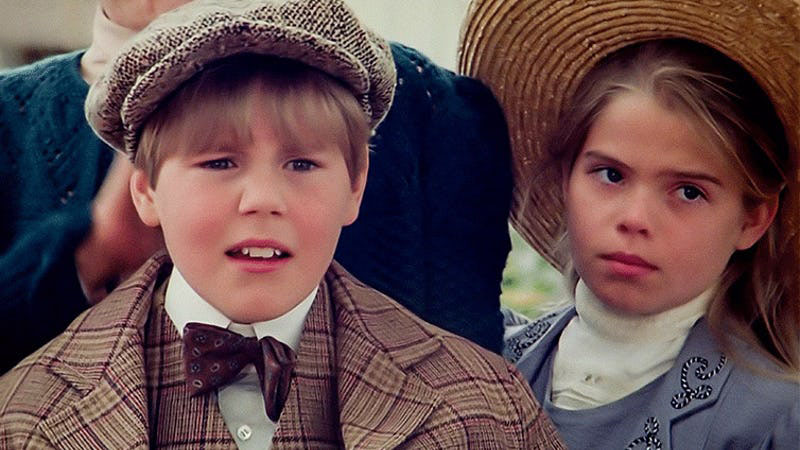 While Davey is horseplaying, Rachel suffers a stroke and must go to Saskatoon with her son. Davey and Dora stay at Rose Cottage where they become a handful for Hetty.

Davey defies Rachel's orders and plays in a baseball game. Rachel learns about Davey's deception when she catches Dora doing Davey's chores (Dora is actually attempting to hypnotize a chicken with her finger). Infuriated, Rachel storms toward the schoolhouse ready to take it to Davey.

When Davey hits a home run however; Rachel begins to cheer and encourages him to run for home in a really great scene. After the game, Davey begins to horseplay on top of a roof, which causes Rachel to collapse.

Doctor Snow diagnosis Rachel with having suffered a stroke. With no feeling on her right side and her speech impaired, Rachel's son, Robert Lynde, intends to take her to Saskatoon and take care of her. When Robert arrives, he informs Hetty that he will not take the Keith children.

Left in an awkward situation, Hetty promises that she will care for the Keiths at Rose Cottage until Rachel returns. Davey lashes out in anger from Rachel's departure and becomes a headache for Hetty.

Gurney MacDonald arrives at King farm with a bull named Bruce, hoping that Bruce will mate with one of the King farm cattle. When Bruce is unsuccessful, there is talk about having the bull shot.

Davey protests and makes some weird connection between the possible demise of Bruce the bull and everyone in his life that has either been taken away from him or has died; his mother Mary, Marilla Cutherbert, and now Rachel Lynde. This sentiment is further echoed when Dora worries that Hetty might be taken away from them.

Davey is relieved when Alec decides to buy Bruce and allows him to retire on King Farm.

Davey has one of the dumbest lines in the series when he remarks, "He's been a good bull all these years! ...And this is his reward?" This is really strange considering that Davey has only known the bull for a short while and nearly got gored by the beast.

Wasn't the look on Hetty's face funny when she was attempting to chew Davey and Dora's dinner?

"Davey Keith, I swear by all providence that you will be the death of me yet!" -Rachel Lynde

"No doubt, there will be all manners of going-ons Davey Keith. You're sure to fit in just fine." -Hetty King

(1) First appearance of Gurney MacDonald, played by John Weir. Weir also played a sailor who notified Gus Pike about Captain Crane in But When She Was Bad, She Was Horrid Pt. 1.

(2) Digger is played by 'Amber' and not 'Luke.' The operation must have been painful.