Episode 3.5: Another Point of View 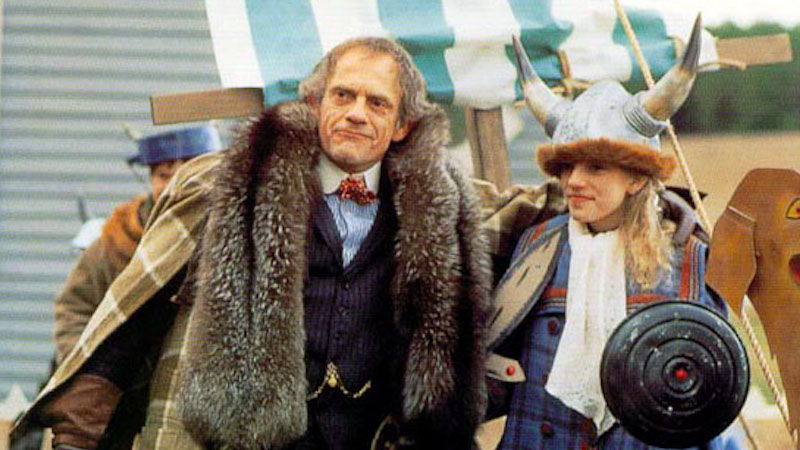 Hetty resigns as school teacher after being criticized for pushing her students too hard for an upcoming history bee. An eccentric actor, Alistair Dimple, replaces Hetty and teaches the children through a method of play-acting and theatrics.

Hetty resigns as school teacher after being criticized for pushing her students too hard for an upcoming history bee. An eccentric actor, Alistair Dimple, replaces Hetty and teaches the children through a method of play-acting and theatrics.  As the competition approaches, Alec discovers that Dimple is not what he claims.

The title 'Another Point of View,' reflects the brief contrast of opinions between Dimple and Alec at the end of the episode, although there really isn't much opposition by Alec.

On the one hand, Dimple fooled the town into thinking that he was a teacher. On the other hand, the children learned through his methods of teaching and were handedly defeating the Markdale students. It appears that the only group that should have been upset by Alistair's deception are the Markdale students!

Dimple rehashes Pigeon Plumbtree's 'all the world's a stage' concept, which seems to be a popular line by American actors entering Avonlea via the Disney channel.

It's unlikely that thirty candidates would have been rejected before Dimple. Also, the candidates were a bit too silly and unbelievable.

This dramatic transformation of Hetty's character was probably due to the additon of a new writer to the series, or perhaps it was preparing the character for the novel writing plans for her sabbatical.

Fortunately, there will still signs of the old Hetty. In particular, I liked Hetty's three "R's" of teaching; recitation, repitition, and repression.

Wasn't the history bee sort of like a modern day version of Jeopardy?

Why haven't we seen Edward Ray in school since the first season? Was he skipping school and hanging out at the Mickey Mouse Club again?

"No one seems to notice his bizarre behavior, except me of course." -Felicity King

"...to the contest and to the victors... their moment in time." -Alistair Dimple

"The return of Hetty the terrible." -Felix King

(1) The Disney Channel version of this episode is entitled 'Facts and Fictions.' It's really a mystery why Disney would change the title, considering that 'Another Point of View' was more closely related to the theme.

(2) A Markdale student at the history bee competition was played by Marc Marut, who would later play Elbert Werts.

(3) It is mentioned that Hetty has taught in Avonlea for thirty years.

There was too much of a Disney influence in this episode, but overall it was entertaining.