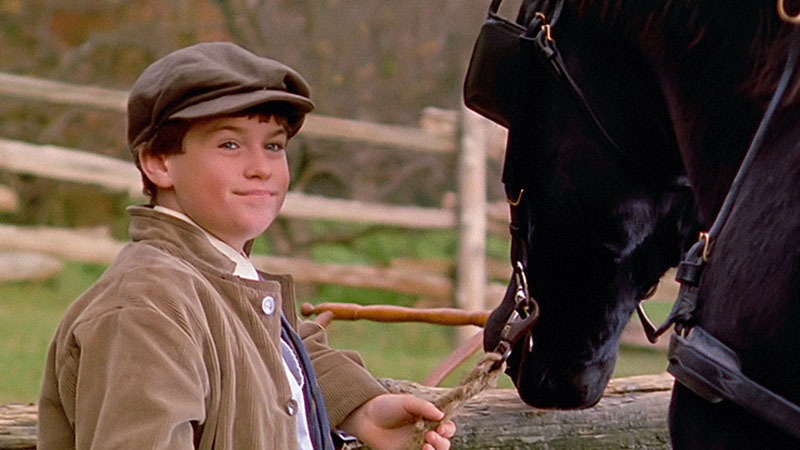 Alec purchases a new horse and has plans to sell the aging horse Blackie. Felix starts his own delivery service in order to keep Blackie at King farm.

Felix attempts to compete against Hank Webster, who owns his own delivery service. The failures of Felix's delivery service are pretty funny, particularly when Archie Gillis receives a corset and Clara Potts receives saw mill tools after a service mix-up.

Cecily and Sara get a small role as Felix's business partners, but they soon become preturbed when Felix begins blaming them for all the accidents.  Felicity continues her scathing remarks toward Felix by criticizing his desires for instant wealth.  In one scene, Felicity comments that, "the only thing expanding around here is Felix's head." Felicity appears to be making these comments for Felix's own good.

Felix makes a deal with Hank Webster that whoever gets to Markdale first for a delivery, will become the dominant delivery service in Avonlea. Tragedy occurs however, when Blackie tumbles into a river and is killed, leaving Felix devastated.

Why didn't Abner Jefferies drag Felix to the schoolhouse for skipping school? Abner was quick to report Felix's truancy in "Witch of Avonlea."

Wasn't it funny when Digger was hooked up to a delivery cart?

"Digger isn't use to getting hooked up to a stupid cart!" -Sara Stanley

"That horse will eat almost anything. Just like you Felix. You two make the perfect couple." -Felicity King

(1) In the 1994 Bantam Skylark storybook for Felix and Blackie (22), written by Heather Conkie, it's mentioned that Felix is eleven years old. However, it was mentioned that Felix was eleven way back in the season one episode Witch of Avonlea.  Stay tuned for more confusion regarding Felix's age.