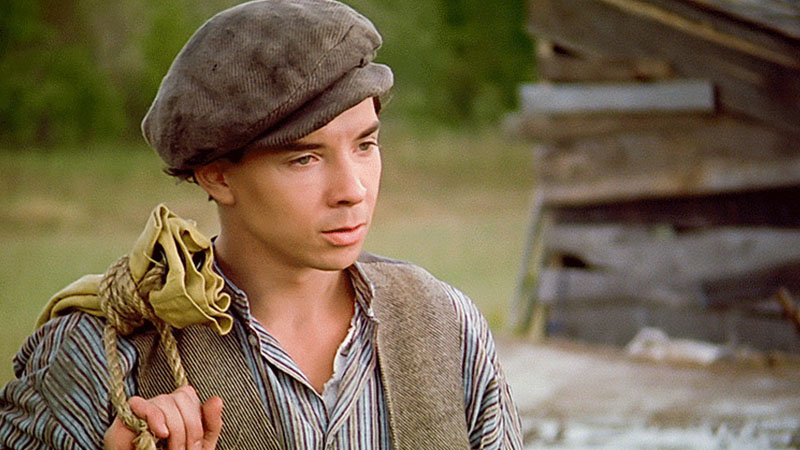 Gus makes a deal with his infamous father, Abe Pike, in order to free Sara from his clutches. Jo Pitts continues to wreak havoc on the King Family and terrorizes Hetty to the point of hysteria.

This episode has an 'Oliver Twist' meets 'the Bad Seed' quality to it.

Sara is confused for Jo Pitts by a gang of pick-pockets, who expect her to steal to restore money Jo stole from the gang.  Abe Pike talks briefly about surviving the lighthouse fall from 'Sea Ghost,' and explains that he led Gus to the Black Parrot so that he could find the location of Captain Crane and extract revenge on his nemesis.

Gus makes a deal with his father to protect Sara from Buck Hogan's gang and reveals that Captain Crane was hiding in Jamaica.  Abe Pike locks Gus and Sara in the cargo chamber of his ship, but they escape in what has to be the easiest escape in television history (see criticism).

Jo Pitts continues her reign of terror and attempts to drown Hetty, which makes it the second time Hetty has been dunked in the series. It's a classic moment when Hetty crawls out of the lake covered in seaweed!

Gus and Sara return to Avonlea, and Gus calls Jo's bluff. This illustrates how clever Gus is, despite his lack of education. The episode ends appropriately the way the saga began, with Sara and Hetty arguing over the pinafore. Except this time around, Hetty is rejecting the horrid dress.

A special mention has to go to Olivia, who makes a great diving catch to apprehend Jo!

All the great build up to the surprise with Abe Pike fell flat when... Well, he probably went back to his cabin and fell asleep in a drunken stupor. We don't see a big climactic scene or mythic battle between Gus and his father. It sort of just goes out with a wimper, as if the writers were leaving this possibility open to a future episode that never materializes.

It's just another example of the impossible floor plan of Rose Cottage!

How come Jo Pitts is so good at picking locks, but it takes her forever to open the window in Sara's room?

"Old Aunt Hetty. How would you like to go on a picnic... Just me and you?" -Jo Pitts

Once again, not much sap, which was a welcomed relief! It could be because Sara was paired with Gus and there wasn't really any romantic qualities between them, although some may beg to differ.

(1) This is the only two-part episode in the series.

This was a pretty good way to wrap up the Jo Pitts saga, but the encounter with Abe Pike really fell flat and didn't go anywhere.