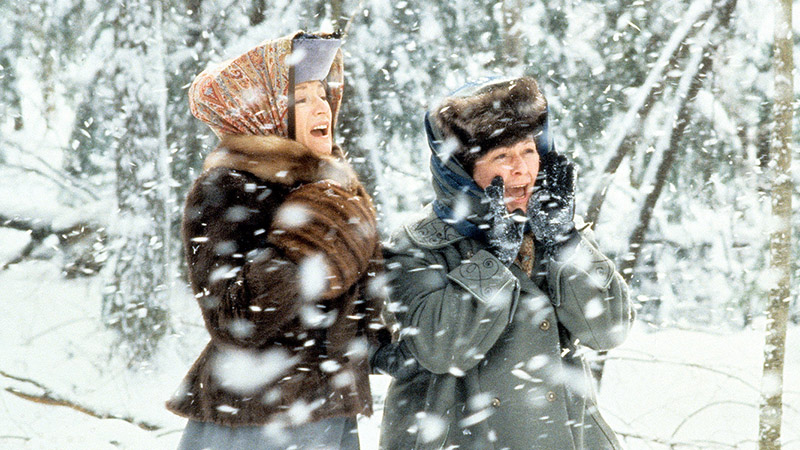 Janet and her sister Abigail quarrel when they visit an auction with Hetty and Olivia. Alec, Jasper, Felix and Gus go ice fishing while Sara and Felicity look after Lucky MacEwen.

Abigail and Malcolm kept the name 'Robert' as the first name of their baby. You might recall that the baby originally was named Robert Morris in Malcolm and the Baby.

Felix claims to know the woods blindfolded, but was easily lost in the episode Witch of Avonlea. Jasper saves Alec's life, returning a favor from many years ago. Apparently, Alec and Jasper are supposably close to the same age.

There must be a running joke among writers about Cecily always being told to stay at King farm. Hetty was funny when she remarked about Janet and Abigail's reunion in the woods by saying, "good lord Olivia look! I must be delerious!"  A reconciliation is met between Janet and Abigail in the aftermath of the crisis with Lucky.

Jasper commented that Felicity is a lot like Hetty King, which is a pretty good character observation. It's interesting how they pair Hetty and Felicity together at the end of the episode, especially since they are the two women who have had, or will have, the biggest influence on Gus's life.

The pending Gus and Felicity relationship is teased once more when Felicity gives Gus "the look" at the end of the episode, which hints at the inevitable romance that follows.

This episode tried to be too cute with the male perspective and with Felix's curiousity about babies. Jasper really doesn't look as old as Alec and was probably not that sociable.

How many times was Cecily asked to stay at King Farm?

Can anyone see Amos Spry as part of Alec's wild bunch?

Where was Peg Bowen when Lucky was lost in the snow?

"Cecily, you stay put! Now don't you move out of this house!" -Janet king

The sap was overflowing in this episode.

(1) In a 2006 interview, Mag Ruffman described an unpleasant experience while filming the auction scene from this episode:

There was one episode where I had the flu and had to keep leaving the set to perform flu-like behavior (to be genteel). I looked wan and vexed in that episode. It was something about an antique show or something. Aunt Janet and Aunt Abigail were there, That's all I remember.

This episode got a bit too cute, but overall it was entertaining.