No Love: This Avonlea Star Didn't Get Fan Mail 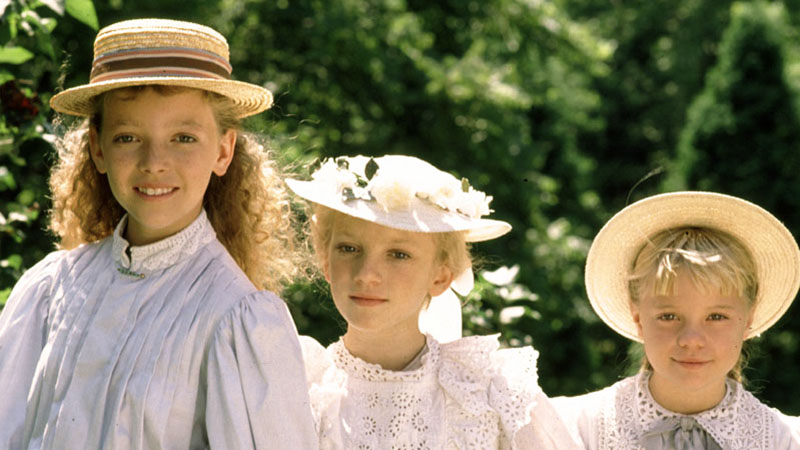 Perhaps it's a testamant to Gema's keen acting skill playing antagonist Felicity King that discouraged fans from sending their heart felt appreciation. Felicity's bossy nature and mischievous schemes (dropping Sara and Andrew through a trap door into a pig sty) no doubt drew ire from Family Hour and Disney viewers.

As the Toronto Star reported:

And because of her, Gema Zamprogna isn't getting any fan mail...

More than 2 million people watched the first episode and almost all of them stayed through the first season. But not one of them bothered to drop Gema a line.

"People see the character of Felicity . . . and she's such a snob. They probably think "I don't want to write to her, I'll write to the nice people instead," says Gema relaxing inside an air- conditioned trailer during shooting of the show's second season.
She's wearing layers of 19th-century clothing - petticoats, a pinifore and thick wool stockings. When shooting is over, she and her TV brother and sister, Zachary Bennett and Harmony Cramp, head for their trailers to escape the summer heat.

Wearing itchy, hot costumes is just one of the drawbacks of working on Road To Avonlea. Another is getting up at 5 a.m. to be driven to the set - an enchanting, recreated Prince Edward Island village, one hour outside Toronto near Uxbridge.

But, in a field of swaying grass, the film crew bristles with activity. Their presence administers a quick dose of reality in this Anne Of Green Gables fantasy.

Yes, it's beautiful, Gema agrees, "but sometimes I just want to stay home and watch TV like a normal kid. But I guess this is a once- in-a-lifetime opportunity. There are not many 14-year-olds who are on the biggest TV series in Canada. I think of that every time I have to miss out on something."

As the fued with Sara waned and Felicity matured, Gema gained favorability among Avonlea viewers. The pivitol moment may have happened with the arrival of Gus Pike in the second season's How Kissing Was Discovered.

1. THREE FROM THE ROAD Avonlea kids admit there are some things they miss out on, but none would want to give up the chance to appear on TV for the world; [SU2 Edition]
Cathie James TORONTO STAR. Toronto Star. Toronto, Ont.: Aug 26, 1990. pg. C.1