Top 5 Hoaxes of the Victorian Era 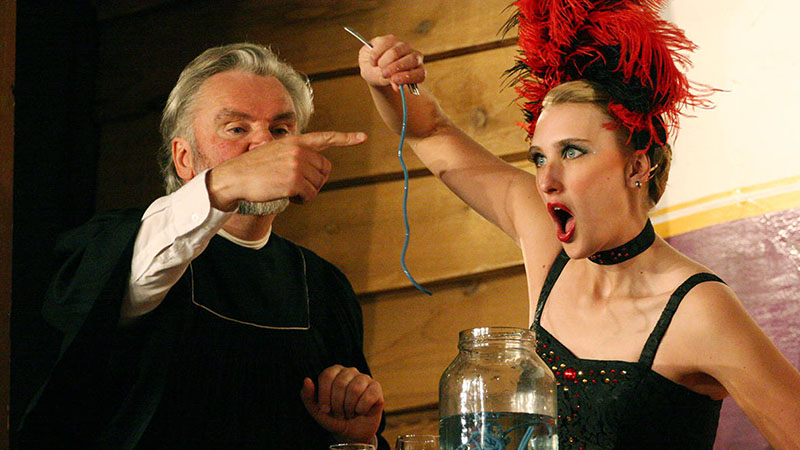 We follow our post Top 10 Road to Avonlea Hoaxes by stepping outside the series and taking a look at hoaxes perpetrated during the heyday of Hetty's generation--The Victorian era.

P.T. Barnum was once alleged to have said that "there is a sucker born every minute," and Davey Keith certainly fits that description.  In the epsode Davey and the Mermaid, the unwitting Davey Keith visits Snibb's Midway and believes that Melusina the mermaid is real.

Hetty and Rachel break Davey out of the spell and help uncover the trecherous dealings of Snibb's Midway.   Hetty grew up during the Victorian era and surely would have heard of mermaid hoaxes, like Barnum's infamous FeeJee mermaid hoax included in this list. 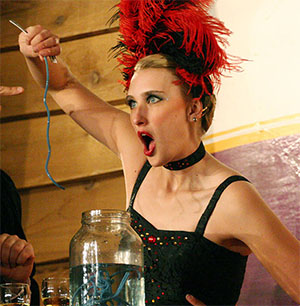 In 1898, the Klondike Nugget reported that ice worms were appearing out of a nearby glacier. Journalist E.J. White created the hoax after receiving a directive to increase newspaper sales.

The hoax created a sensation--townspeople would search for the worms and listen closely for these creatures’ unusual “chirping” sounds.  Apparently, there is a festival for the ice worms in Dawson, Alaska that continues to this day. 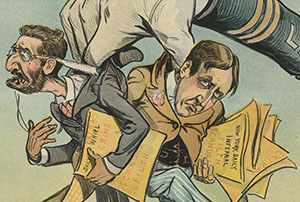 Media tycoon William Randolph Hearst purchased the New York Journal in 1895 and dispatched Frederic Remington to Cuba to illustrate the skirmish between the Cubans and the Spanish.

When no conflict was reported, Hearst fabricated a war in Cuba that increased newspaper sales. Talk about fake news! 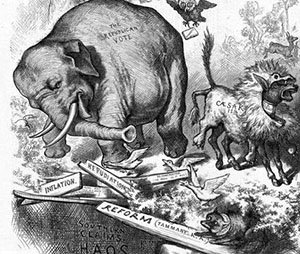 On November 9, 1874, the New York Herald reported that there was a “mass escape of the animals in the Central Park Zoo”. According to the article, the rampaging animals killed 48 people and wounded 200 others.

Among the sightings was a lion spotted inside a church and a rhino that somehow managed to fall into a sewer. The author finally revealed it was a hoax in the last paragraph, stating that the managing editor only intended to draw attention to the poor conditions of the zoo.

Despite this revelation, the article provoked mass panic as men took to the streets to defend their homes and family. It is rumored that the editor of the New York Times ran into the streets waving two pistols in the air and yelled at police for not doing more to stop the rampage.

The Herald never apologized for the article and the panic it caused. 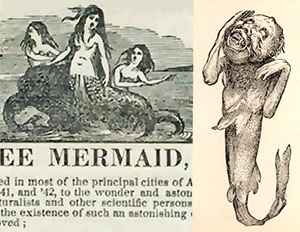 A traveling English naturalist named Dr. J. Griffin arrived in New York City with a spectacular curiosity—a mermaid supposedly caught near the Feejee islands. The body of the mermaid was put on display in Barnum’s museum, and enormous crowds turned out to see it.

Barnum hyped the exhibit by running advertisements in the major newspapers that showed a beautiful naked figure. The actual exhibit however, was not so alluring.

It was a small, taxidermically preserved creature with the withered upper body of a monkey and the dried tail of a fish. Dr. J. Griffin was actually Levi Lyman, who worked for Barnum. The FeeJee mermaid was lost when Barnum’s museum burned down during the 1860s. 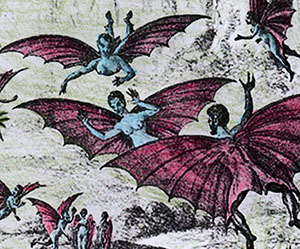 Among Herschel’s lunar observations were bison, unicorns, fire-wielding biped beavers, and a race of man-bats that built a mysterious golden roofed-temple. The sensational articles captured the imagination of the American public but eventually people became skeptical.

Despite the demand from rival ‘penny papers’ that the New York Sun admit it perpetrated a hoax, the paper claimed it was an innocent victim of the ordeal. The hoax is usually attributed to Sun reporter Richard Adams Locke.