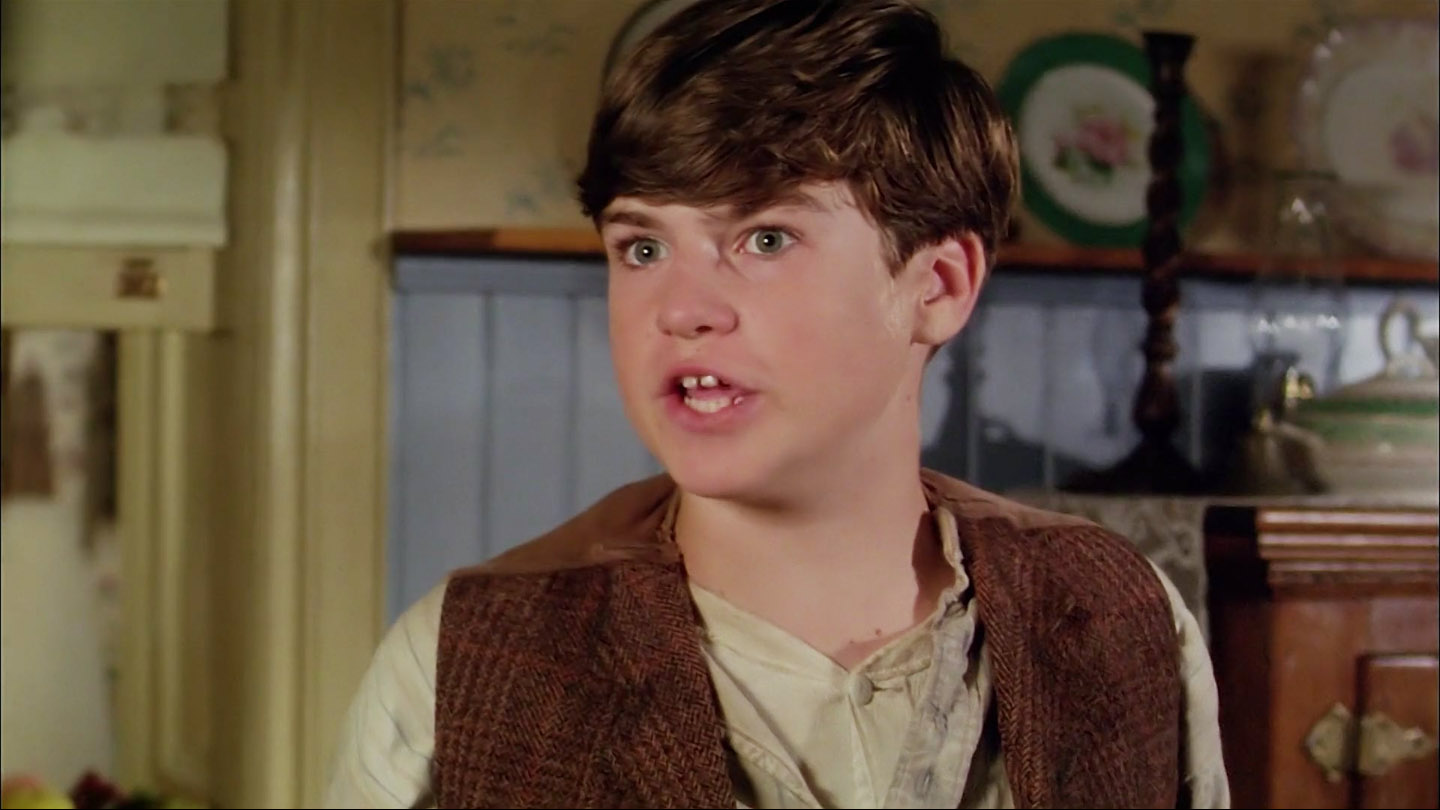 Alec begins to pressure Felix to one day run King Farm. Felix rejects plans to be a farmer and lashes out against his father.

Alec, similar to Tevye in the musical 'Fiddler on the Roof,' supports tradition, and expects his first son to take over King Farm when he dies (well, Tevye didn't have any sons, but just go along with the tradition part).

While working at the hotel, Felix tends to Samual Boddin, a wealthy scrooge-like old grouch from Boston. The opportunity to accommodate the island's visitor's turned away by the hotel's busy conditions fuels Felix's business ambitions.

While travelling along the coast, Felix finds property to sale, which looks far worse than Peg Bowen's shack.  Nevertheless, he imagines converting the condemned wreckage into a tea room.

Alec extends Felix's work at the farm to include fixing the fences, which puts strain on his work schedule at the hotel. Felix becomes exhausted and begins neglecting his chores and starts showing up late for work.

When Alec threatens to make him quit the hotel, Felix lashes out at his father, telling him that he doesn't care about the farm and that he has no intentions on being a farmer. After the altercation, Felix sleeps at the hotel to avoid a further argument with his father.

During a conversation with Boddin, the old businessman tells Felix about the problems he experienced with his own son and how his son died without them ever reaching a reconciliation.

Felix resigns from the hotel and tells Alec that he will dedicate his time to the farm. Seeing Felix's unhappiness, Alec reconsiders and allows Felix to continue his work at the hotel.

This criticism pertains more to the way the series presented Cecily's character and not just this particular episode, but since this episode is one of the first episodes to consider her future, then it provides a chance to make a few comments on the matter.

It must have seemed logical for the writers to pawn off the responsibilities of the farm to Cecily, since she was one of the few remaining characters. It's similar to how the character would be left with watching Daniel and serve no other purpose.

I don't think the character's personality should have been changed, but they could have at least provided her with a chance to interact in a story line that would have given her character more depth.

Did you notice how Alec says he wants to keep up with the times, but clearly rejected his brother Roger's plans for modernization in Family Rivalry?

Wasn't the look on Felicity's face hilarious after Eliza told her that the hat she offered her had scalp fungus?

"I hate this stupid farm! I do not want to be a farmer! That was your idea, not mine! ...And if your going to give this place to me when you die, the first thing I'm going to do is sell it!" -Felix King

"You're only young once... and you're old for a very long time." -Eliza Ward.

(1) During it's first airdate for CBC, 'Father's and Sons' was played back-to-back with the following episode, 'Memento Mori', to kick off a two-hour season premier.