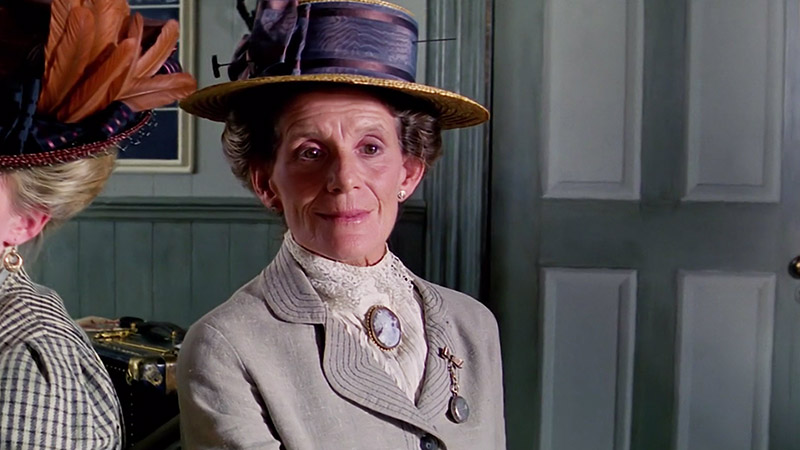 Hetty visits her publishers and is devastated when they terminate her contract, claiming that she lacks the worldly experience required to write interesting novels.  As a result, she begins to question the worthiness of her life's accomplishments.

Hetty begins to daydream about fond memories of childhood and recalls telling her mother that she would never leave the island. The memories reveal important insight into Hetty's character.  Alec later explains how Hetty was a free spirit who would often show up late for school; but when her mother died, she had to grow up quickly to take care of the family.

Hetty arrives home early, catching the King family off guard. They attempt to divert her from an unfinished surprise party at King Farm. During a ride home from the train station, Hetty endures Muriel's continued tales of exotic worldly adventures which irritated her in Aunt Hetty's Ordeal.

She begins to feel that she has lived a boring life and falls deathly ill. The King family finds her unconscious in the Rose Cottage kitchen and calls Doctor Snow, who diagnosis her as having an appendix that is about to burst.  A surgery is performed and Hetty survives the operation.

She recovers from the operation and during her belated party, Eliza plays the traditional birthday song on Ruth's piano that she had just learned. Eliza's performance was a gift to Hetty, showing her that it's never too late in life to learn new things.

Recall that Hetty refused to allow Olivia to play the piano in Old Lady Lloyd, because it brought back painful memories of Ruth. By praising Eliza's performance, Hetty has moved beyond the grief of Ruth's death and accepts the performance as a celebration of life.

The change in Hetty's character and her outlook on life is well thought out and believable, unlike her drastic shift to writing pulp novels in Lady and the Blade.

Memento Mori is important for understanding Hetty's character. The brush with death humbles Hetty and makes her grateful to be alive. Hetty ultimately realizes that she can still see the world if she wishes, but the world's exotic locations could never equal the beauty and the memories she has experienced in Avonlea.

Similiar to her passionate speech in Home Movie, Hetty clarifies her devotion to the town and her strongly rooted belief in passing on the traditions of her ancestors.

Did you notice how the brown pinafore was still at the General Store?

Wasn't it funny how Felix put "Here's to another half century" on Hetty's banner?

"Isn't it just like Hetty King to spoil her own birthday party." -Rachel Lynde

"And so you see Hetty, we are never too old to learn or to try something new... And that is my gift to you." -Eliza Ward

"I'll never forget the days of my youth. When the waves rippled between my toes, taking the pink and silver grains of sand back out to the depths of the sea. There was a peace then; an indescribable feeling of immortality in the ebb and flow of the tide, and the seemingly endless stretch of beach and sky. Now as I gaze out upon those same sparkling waters, I realize that youth is never left behind, but is carried always, gently, in the heart." -Hetty King

(1) In a letter included with the season 5 DVD release, Kevin Sullivan said that 'Memento Mori' was his favorite episode in the series. The producer explained that the series was now focused on a reflection of the "human condition" and that Hetty's "powerful desire to achieve great things, to be an important and even powerful personality, give way to acceptance that the most meaningful things in her life are family and community."

Sullivan described this episode, as well as Home Movie, as an attempt to explore why Avonlea strikes such a "strong emotional chord with viewers."

(2) A flashback scene designed to begin the episode in Heather Conkie's outline (July 4, 1993) includes a young Alec, Roger and Ruth wishing Hetty a happy birthday. (Hetty is 12 years old in the outline, but her age is changed to ten in the Writer's Draft on August 13, 1993. Alec is five years old). This flashback is replaced with a beach scene.

In the story boards for the flash-back sequence of this episode, the older Hetty appears next to her mother and the younger Hetty on the beach. This flashback is depicted in the writer's draft after the doctor gives her ether. Old Hetty's mother apologizes for leaving her with so much responsibility and encourages her to live her life for the things she loves.

(3) In the Writer's Draft, the closing voice over is slightly different, with Hetty saying "I realize that youth is not a vanished thing, but something that dwells forever in the heart."

(4) A reference to LMM and LC Page and C.O. is scribbled on the Writer's Draft During scene 7 where Hetty is informed by her publishers that she is terminated. Montgomery sued L.C. Page, when the company published Further Chronicles of Avonlea without her consent.  This reference, presumably by Sullivan, suggests that Hetty's character was designed to mirror the life of LM Montgomery and this explains the inexplicable transformation of Hetty's character into a fictional author.

(5) Mairon Bennett, who played Jane in 'Lantern Hill (1990),' provided the voice for the young Hetty. She returns again for an on screen role playing Colleen Prichard in'A Time To Every Purpose.' Mairon is the sister of Zachary bennett (Felix King).

Memento Mori provides important insight into Hetty's past and character. It's one of Heather Conkie's finest achievements.