Episode 5.5: Stranger in the Night 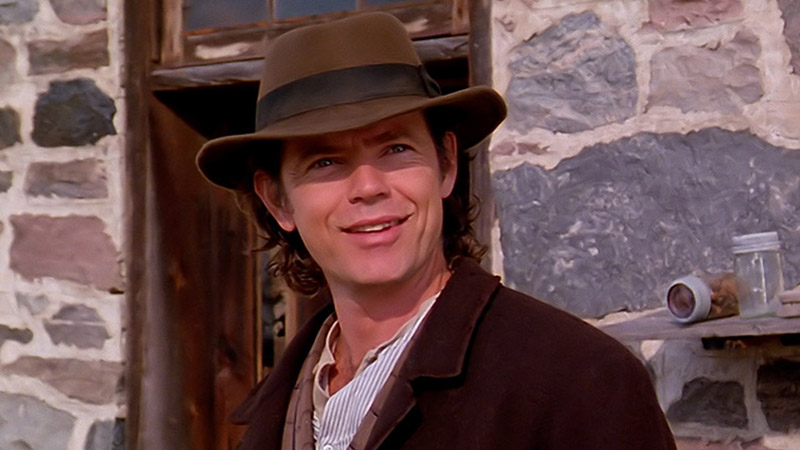 Alec worries that pending rain fall will ruin his freshly cut hay. He discovers a stranger, Caleb Stokes, in his barn. Caleb promises to help Alec bring the hay in from the field, but Janet is uncertain about the stranger.

Hetty and Janet become suspicious of Caleb's educated background and his monogrammed shirts. Caleb proves to be a valuable and trusted handyman for the King family.  With Felix's preoccupation with the White Sands hotel and Felicity's plans for teacher's college, Alec considers making Caleb a permanent handyman at King Farm.

When a barrol accidently drops from the barn (thanks to Digger, once again becoming a nuisance), Caleb prevents it from hitting Daniel. Olivia finds out about Caleb's heroics and includes the story in the Avonlea Chronicle.

A travelling salesman observes Caleb's picture and brawls with Caleb and Alec in front of the General Store. Alec learns that Caleb Stokes is really Caleb Straw, who was responsible for swindling investors in a New Brunswick silver mine scandal.

Caleb admitted that he sold his deceased parents farm in an attempt to pay back investors, which left him penniless. Alec realizes Caleb's good nature and maintains his offer for Caleb to be his hired hand.

Caleb rejects Alec's offer, pointing out that his enemies could endanger the King family. After taking the money he earned, Caleb leaves King farm.

Archie's chicken barn is simply the other side of one of the King barns. It was so obvious. They should have found a different barn for this scene.

"Doesn't it seem like everyone quotes the "this is my home, my native land" poem?

Don't you think Caleb would have changed his first name too, being that Caleb probably isn't that common in those parts?

Since Digger was somewhat important, couldn't they have had Cecily say something more than just "No!"?

"Felicity, the horses don't care how you look." -Alec King

"That's so sad. He could have made a fortune for those wings." -Felix King (after hearing the tale of Icarus)

"How silly of me. I forget how field hands like to sit around and swap Homeric legend." -Hetty King

(1) In a February 2013 interview with tribute.ca, Bruce Greenwood (Caleb Stokes) told Alexandra Heilbron that he couldn't remember his role on Road to Avonlea:

This is terrible but I don’t remember that part. I don’t remember what I was doing. I just remember being back east, like out in Halifax or something and Oh, God, what a beautiful part of the world. I remember more about my first trip to Halifax than I do about the show at all.

Greenwood apparently doesn't even remember where he was, as the show was filmed in Ontario, not Halifax.

(2) Despite not remembering the show or his performance, Bruce Greenwood won a Gemini award for 'Best Performance by an Actor in a Guest Role' for his performance as Caleb Stokes. Greenwood also played Billy Ansel in Atom Egoyan's The Sweet Hereafter'(1997), which of course also featured Sarah Polley.

(3) Caleb Stokes was supposed to be a recurring character in the series, but Bruce Greenwood could only be available for one episode.  "The interesting thing," Greenwood commented in the Avonlea Traditions Chronicle, "is that by the end of the episode, the character didn't really find himself, although he gained some self-respect. I saw him as a bit maudlin. He was a man who was running from himself and his past."

(4) Sir Walter Scott's poem, 'Patriotism 1. Innominatus,' was recited by Caleb Stokes. The poem was previously recited by another wanderer struggling to find a home in 'Aunt Hetty's Ordeal.'