Episode 4.4: Boys Will Be Boys 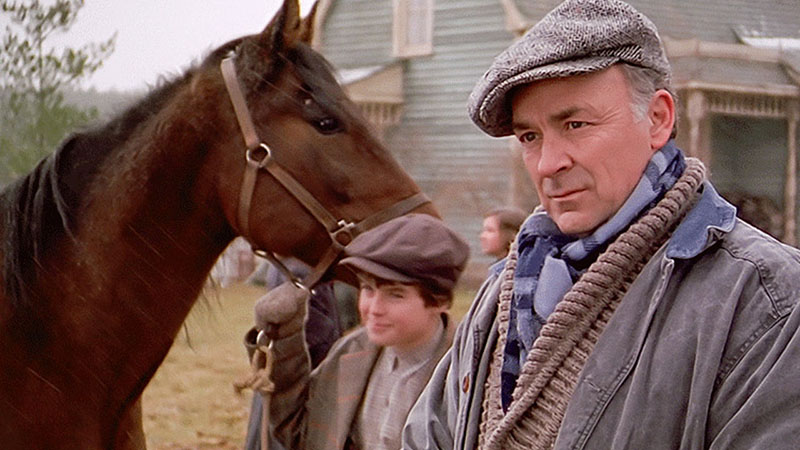 Alec suggests that the town adopt a volunteer fire department after a fire at the blacksmith shop. A rivalry heats up between Alec and Clive in a battle for fire chief.

The arrival of Clive Pettibone steals Alec's thunder somewhat, as Clive becomes a taskmaster around town. Clive mends Hetty's wagon, a task usually assigned to Alec.  Alec begins to question the amount of time that Clive is spending with Hetty.

When the volunteer fire department is established, Clive questions Alec's lack of procedures, particularly his appointment of Gus as fire scout. Felicity is hilarious when she praises Gus's perceived duties.  Bert Potts has one of the dumbest and funniest lines in the episode when he asks if "volunteering would be mandatory for everyone?"

Clive Pettibone's achievements cause Alec to question his own self worth. The strained relationship between the two men harkens back to Alec's rivalry with Malcolm MacEwen (1.8: Aunt Abigail's Beau).

During a town meeting to determine the first Avonlea volunteer fire chief, Hetty chooses her friend over family.  In an act of anger, Alec confronts both Clive and Hetty about the nature of their relationship, telling Clive that he was only elected because he was able to pursuade his sister.

Felix continues his role as troublemaker by attempting to duplicate his teacher's combustion experiment and sets the schoolhouse on fire (Recall that Felix also was partly responsible for setting off the fireworks at the General Store a few years ago (2.1: Sara's Homecoming).

A fire erupts at the schoolhouse and the volunteer fire department is forced to use Alec's modified irrigation pump as a make-shift fire truck. The fire is extinguished, along with the rivalry between the two men. Furthermore, Alec learns that Clive and Hetty were collaborating on Clive's new pulp fiction story.

What was Prince doing tied up inside the blacksmith shop?

"That's a very big responsibility Gus. Watching out for the safety of everyone in the community." -Felicity King

"It looks like blatant favoritism." -Ullele Bugle (commenting on how the fire dept. got to the Potts house before hers)

Felicity praising Gus's duties creates an awkward situation for Alec, who overhears them.

(1) The blacksmith was played by Ron Payne, which shows that Abner Jeffries is definitely gone.