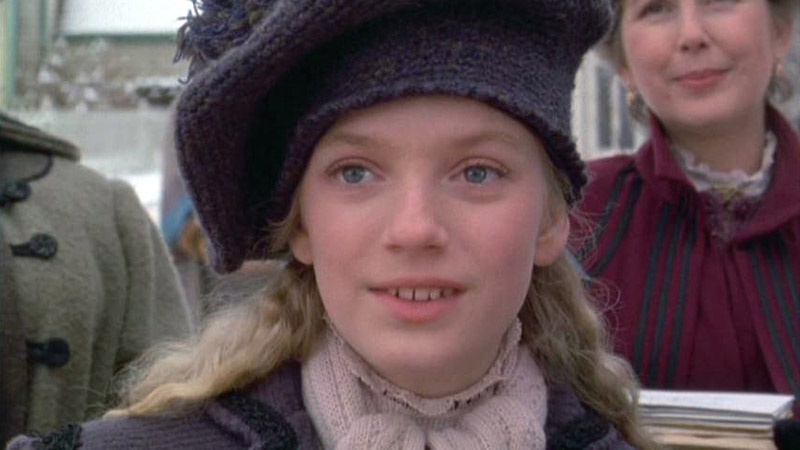 US Marshall Zak Morgan's wild west show travels to Avonlea. Sara becomes infatuated by the Marshall, which causes much concern from Hetty.

With Gus and Felicity beginning their relationship and Hetty occupied with her writings, Sara feels left out.

A wild west show comes to Avonlea, led by US Marshall Zak Morgan. Sara becomes interested in Zak and seeks his approval by sharpening her horse riding skills.  Sara wins a barrol race and there is consideration for promoting Sara as the long lost daughter of 'Calamity Jane' to save the failing show.

Hetty becomes worried about Sara's involvement with the Marshall, but promises Olivia that she will not interfere in Sara's life, obviously learning her lesson from the harrowing experience with Jo Pitts (3.2: But When She Was Bad, She Was Horrid).

Despite the romantic suggestiveness, the relationship that Sara seeks with Zak Morgan is more of a paternal relationship. She seeks approval in the manner that a daughter would seek approval from a father.

Sara never fully recovered from her father's death. This is evident in Sara's Homecoming when she visits a fortune teller who promises to reunite her with her father. Zak Morgan embodies the qualities of Blair Stanley as a father and a teacher.

Sara encourages Zak to take her with him, but the Marshall has his doubts and ultimately decides it's best to leave Sara behind. Hetty sees Sara following in Ruth's footsteps in her desire to leave Avonlea on wild adventures.

In a great scene, Sara returns to Rose Cottage and Hetty pretends not to have read her departing letter. Hetty is elated beyond words to find that Sara has returned. In many ways, it's almost as if Ruth had returned to her.

The title for 'Moving On' reflects not so much Zak's wild west show moving on, nor the moving on from a romantic relationship; but Sara's attempt to move beyond the death of her father.

Isn't it funny how Rachel comments that Zak's crew are 'cowfolk,' considering that she lives on a farm?

"When Sara sets her mind to something, there's no stopping her." -Olivia Dale

"I just wanted to make sure that the little girl was alright." -Zak Morgan

(1) The Disney channel title for this episode was called "Sara and the Marshall."

(3) Sarah Polley fondly mentioned this episode in a Disney Channel Season 4 promotion video. "I guess 'Moving On' was the episode I enjoyed filming the most because it's the first episode where I took acting seriously," Polley recalled. "And Treat Williams was great to work with."

(4) The Country style music was composed by Don Gillis, to accompany the wild west theme.