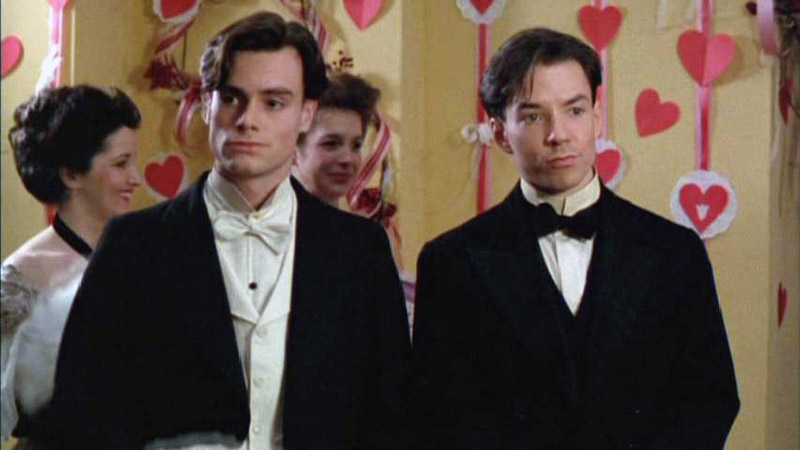 Gus and Arthur feud over who will take Felicity to the Valentine's Day dance. Pierre LaPierre's niece Suzette pursues Gus, which causes Felicity to become jealous.

Hetty gets an extreme case of writers cramp mixed with cabin fever.  She decides to invest as co-proprietor of the White Sands Hotel in order to observe people and situations as a creative source for the development of her novels.

Arthur, who returns from veterinarian school, begins a heated rivalry with Gus over the right to take Felicity to the dance. Pierre LaPierre's niece Suzette Moreau becomes infatuated with Gus, which causes Felicity to become jealous.

Felix's plan to introduce Suzette to Arthur backfires, when Arthur is disinterested and Felicity finds the misled French girl clinging to Gus's arm. In order to shake Suzette, Gus locks her in the closet before the dance.

When Felicity discovers the cruel scheme, she refuses to talk with either Gus and Arthur, leaving them standing in her wake on the dance floor.

Hetty gets really loony while writing at Rose Cottage. It's another example of her drastic transformation that is completely out of character from the Hetty in the first two seasons.

It's hard to believe that Hetty would pursue the hospitality business, considering her inhospitable behavior toward previous guests at Rose Cottage.

Isn't it funny how heat shoots out of the thermostat when Gus first meets Suzette?

Wouldn't it have been a great allusion to the first season if Felix made a comment about sawdust being an ingredient in Felicity's maple sugar?

"I will not have boys fighting over me Arthur Pettibone. The idea!" -Felicity King

"Perhaps if you would have some more conventional ideas, more boys would ask you to dance." -Felicity King (to Sara)

(1) During Avcon 2007, Ian Clark (Simon Tramayne) described 'Hearts and Flowers' as a "madcap episode." Nafissa Thompson-Spires asked Clark why Hetty King's hand turns green after touching the dead parrot, Methusala. Although it was likely a green dye that rubbed off the prop, Clark was unaware of the incident.

(2) In a 1993 interview with the Gazette, Sullivan mentioned that Jackie Burroughs' mother was a hotel proprietor at Niagara -on-the-Lake and this is why Hetty took this career direction:

...Hetty will write a novel, make a ton of money and become what Sullivan calls "a not-so-silent partner" in the running of a hotel - an interesting plot line, the director adds, because Jackie Burroughs's own mother was a hotel proprietor at Niagara-on- the-Lake.

This is a really funny episode and a great addition to the Gus and Arthur rivalry.