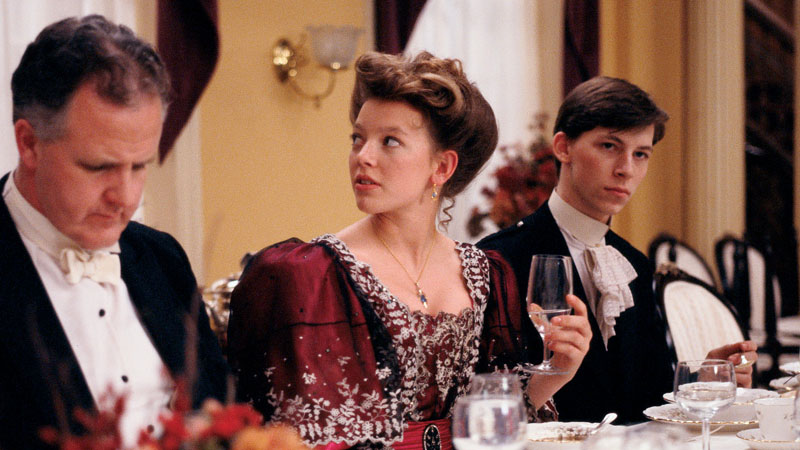 Gus gets Felix a job at the White Sands hotel, but Felix's role as personal representative of the new owner, Simon Tremayne, makes him highly unpopular among the other employees. Hetty is alarmed when Tremayne refuses to invite the Duke of Arranaugh to the Avonlea Founder's Day celebration.

Felix discovers royal plates among Simon Tremayne's possessions and speculation is raised about the hotel owner's mysterious background. This sets up one of the most bizarre moments in the series when Alec, acting completely out of character, abruptly confronts Tremayne with the following revelation:

Your grandfather had his son's marriage to a commoner anulled and you were declared illegitimate. Your father quickly remarried a more suitable bride and she soon had a son, your half brother... And on your fourteenth birthday, you were banished out of embarrassement.

This begs the question: How is this any of Alec's business?

Felix King returned the plates to Andrew. The Duke reunited with Simon and offered to allow his half brother to reclaim his right to the throne. Simon renounced the title and decided to retain his position as owner of the hotel.

Simon's renouncing his birth right as Duke of Arranaugh to manage a run-down hotel is hard to believe. The usually humble and tactful Alec King is out of character when he dishes the dirt on Simon Tremayne's past with a gossip peddling fervor that would make Rachel Lynde proud.

If founder's day is a traditional celebration, then why wasn't the original founder determined before?

Doesn't it seem like there's a new founder of Avonlea each season?

Where is Cecily? Couldn't there have at least been a 'Cecily, stay here' remark from someone?

Did we have to hear that Simon lived naked among the Zulus?

"I wished you wouldn't have done that... Whatever you did to make Hetty look so triumphant." -Janet King

"I was more hoping the White Sands could offer me something." -Felix King

"Felicity, this is the worst idea you've ever had." -Sara Stanley

Flirting between Gus and Felicity. Gus tells Felicity that he had never seen anyone look more beautiful and remarks that her father is going to "lock her up forever."

(1) An edition of the Avonlea Chronicle was dated September 15. An advertisement on the bulletin board is dated November 1907.

(2) Hetty comments that her Great Great Great maternal Grandfather was Thomas Ewett Carlisle. 'Carlisle' of course was the town where the King family resides in 'The Story Girl' and 'The Golden Road.'

The episodes with royalty are always usually a bit far fetched, even for television.