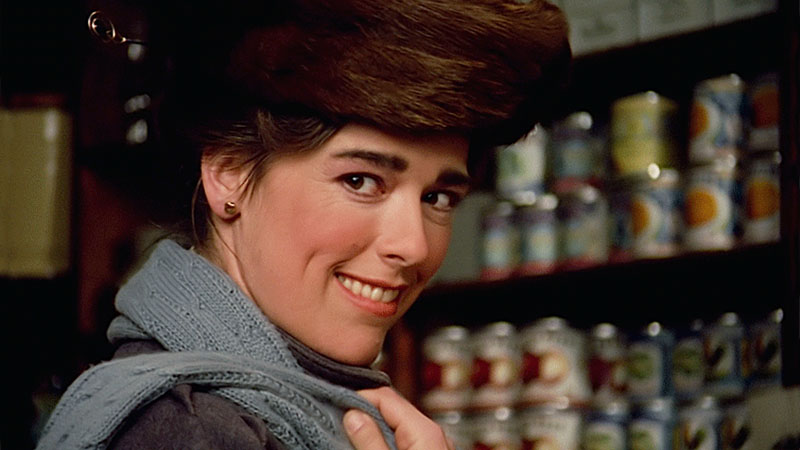 Sara finds a mysterious diary inside the blue chest of Arabella King that holds a haunting secret to the past.

This episode was instrumental in developing Olivia as an independent character and setting up the future courtship between Olivia and Jasper. It also reveals the early antagonisms between Hetty and Olivia and how Hetty treats her younger sister like a child.

The simplistic clues leading to the discovery of the treasure in Arabella's clock are reminiscent of a common Scooby-Doo episode, where the results are obvious. How many times did Olivia have to repeat the phrase, "time will reveal all" before the audience realized that the clock was the vital piece of the mystery?

Hetty's facial expression when she realizes she is wrong about the treasure is classic. It's a subtle reminder of how these early episodes were superb with their attention to little details.

The 'Avonlea Chronicle' edition featuring Olivia's article "The Treasure of Avonlea" near the end of this episode was dated Tuesday December 12, 1902. This is most likely a typo, considering that the producers stated that the series started in 1903 (not to mention that this date falls on a Friday and not a Tuesday).

It's obvious that Mr. Tyler is following Olivia, and so it's unusual that they should have him concealed in the shady hallway of Golden Milestone. Normally, this technique would heighten suspense, but since the audience is expecting Mr. Tyler, it's rather pointless.

Did you notice how Hetty criticizes Olivia's poem "Season's End," but ends up writing the same style of sentimental mush years later with her novels?

"The only thing I can see in Jasper Dale's face is helpless and utter confusion." -Hetty King

"Oh I suppose I'm finally beginning to feel some of that King get up and go surging through my veins!" -Olivia King

Sara saying "How tragically romantic!" after hearing the tale of Arabella King.

(1) The official Sullivan synopsis for this episode offers the following description:

"A mysterious chest in the attic of the King Farm captivates the imaginations of Felix and Andrew. Believing there is treasure in the chest, Felix convinces himself that there are ghosts in the attic. As a result, he accidentally discovers that a romance has developed between the recluse Jasper Dale and Olivia King."

This erroneous synopsis of Felix "ghost hunting" was also offered in the advertisement for the original CBC airing and has even been repeated in Bravo Canada's description of the episode.

(2) This episode was based on Chapter XXXII of The Story Girl, called 'The Opening of the Blue Chest.' One difference is that Arabella King's name is Rachel Ward. Although there was no murder mystery, there were letters inside the chest from a 'William,' but it was William Montague and not William Tyler.

(3) The Avonlea Chronicle was dated Tuesday December 12, 1902.  This date is not accurate because December 12, 1902 falls on a Friday. To complicate matters further, the general consensus is that the series started in 1903, which makes the "1902" reference an anomaly.

(4) The blue chest can be seen later in the series at the foot of Alec and Janet's bed in the episode Vows of Silence.

(5) 'The blue chest' is based on the story of Eliza Montgomery from LMM's family traditions, whose hope chest was locked after she was jilted at the alter. Genevieve Wiggins discusses the chest in her Montgomery biography. "The blue chest occupied the kitchen of the Campbell home at Park Corner where young Maud often visited the family of her Uncle John and Aunt Annie and where she heard the story and speculated on the mystery of the chests contents." The chest still resides in the house at Park Corner.

(6) The Avonlea Chronicle is located in Markdale. Later, the newspaper office would appear or relocate along with the Post Office, next to Biggins Boarding house. In the early episodes, the small building in Avonlea that includes the Chronicle did not exist and the set was added later. The printing office and masonic lodge in Black Creek Pioneer Village in Toronto was used as the Avonlea Chronicle in this episode.

This episode was Olivia's awakening. It established her independent character and set up her future relationship with Jasper Dale.