Episode 1.11: The Witch of Avonlea 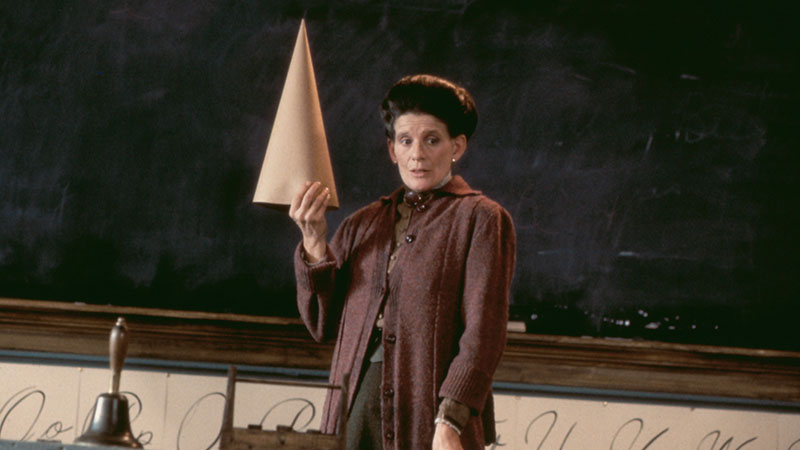 Peg Bowen convinces Felix a magic stone will help him overcome his fear of Hetty king and spelling.

Felix's fear of Hetty results in his inability to spell during Avonlea school spelling bees. Felix has a bad dream where Hetty asks him to spell an undistinguishable word. After the dream, he makes a comment that Hetty is somewhat of a witch. It's interesting to watch the contrasts between Felix's worrysome dream and Felicity's vain overconfident dream.

The reliance on a common stone, provided by Peg Bowen, provides Felix with temporary self assurance in his ability to spell and defeats his peers for the right to compete in the island spelling bee. After the stone is misplaced, Felix must compete without the use of Peg's magic. Eventually, he overcomes his fear by winning the island spelling bee.

At the end of the episode, Peg tells Felix that, "there's no magic more powerful than the magic of you believing in yourself." While this might be true, Peg sounds like she's pitching a lofty self help infomercial. I prefer Cecily's comment when she says, "good luck today Felix. You showed me that miracles can happen." Cecily's unpretentious comment seems somewhat more appropriate.

"Cows and sows give birth as well, but to my knowledge, this doesn't qualify them for teachers' college." -Hetty King

(1) Felix is 11 years old, according to his letter to Peg Bowen.

(2) The origin of Peg Bowen is derived from Mag Laird, who scared an eight year old Montgomery and her childhood friends, Wellington and Dave Nelson. In The Alpine Path, Montgomery remarks that Mag "was a harmless creature who wandered begging over the country side, and was the bugbear of children in general and Dave in particular." Montgomery recreates a scary childhood experience regarding Mag Laird in 'The Ghostly Bell' from The Story Girl, where Peg Bowen represents the frightening Mag laird character that spooks the King children.

(3) It is noted that Elder Frewen claimed that Peg Bowen set fire to his barn. In Conversions, Stephen Grant allegedly made the same claim. The town's behavior towards Peg is consistent with the classic hysteria experienced with witches throughout history. Similiar to the beliefs in early witches, Peg is the scapegoat for the townspeople's misfortune.

Peg's 'believe in yourself' speech could have been more subtle.