Episode 6.10: Home is Where the Heart is 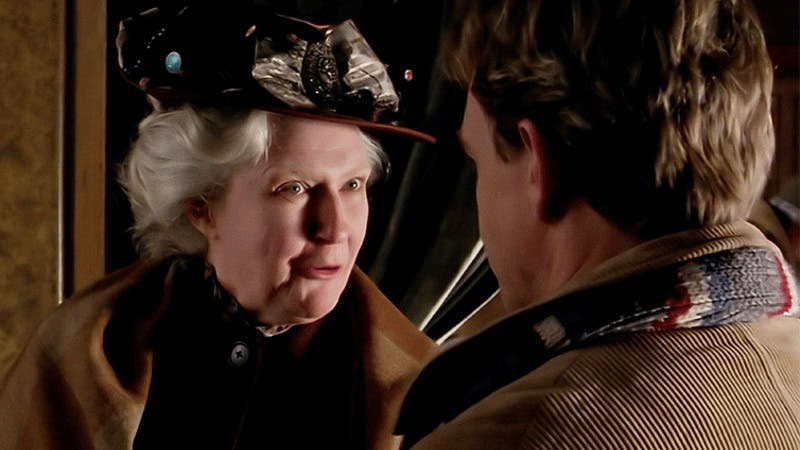 Rachel suffers another stroke while returning to Avonlea. Her inability to speak causes the town to gossip about her mental capabilities.

While Rachel is returning to Avonlea, she suffers another stroke. She is taken to a hospital in Nova Scotia where she becomes completely unable to communicate and nobody is able to identify her. Rachel sneaks out of the hospital and manages to board another train in route to Avonlea.

Davy is astonished to find Rachel passed out in the snow outside Rose Cottage. Hetty begins to baby Rachel and feeds her only non-solid food. Olivia worsens the situation by reading Rachel children stories. In a great scene, Davy offers Rachel a sandwich, for which Rachel reacts with a pleasant look.

Rachel is infuriated when Ullele Bugle and the town women begin to consider her an invalid. Pierre comes calling on Rachel with flowers, but this time she doesn't turn the 'french rat' away. After discovering the whereabouts of Rachel, Robert and Billy Lynde attempt to take their mother away with them.

Rachel however, surprises her sons when she is able to utter a few words, claiming that Avonlea is her home and that is where she wishes to remain. Rachel sings with the church women in an inspiring moment of redemption. Patricia Hamilton gave an extraordinary performance as the debilitated Rachel Lynde.

Although the performance was great, I thought this was a bad time for Rachel to suffer a stroke and become mostly speechless. With Gus, Felicity, and Sara temporarily out of the regular cast picture, you really need the strong defiant Rachel to pick up the slack.

We still see her indomitable will, but her strongest weapon is her voice.  Perhaps if Rachel was able to take more of a vocal stand with Davy's behavior in future episodes, Brett and Ian McNulty would have been put in their proper places in From Away and Snibb's con artists would have gotten a much deserved earful in Davy and the Mermaid.

Wasn't it funny how Dora covered her mouth when Rachel spelled 'Dam.'

Wasn't it great how Pierre showed up with flowers and didn't treat Rachel like a baby?

Pierre showing up with flowers.

(1) Patricia Hamilton was nominated for a Gemini award for 'Best Supporting Actress' in 1996.

(2) In an interview for The Avonlea Traditions Chronicle, Patricia Hamilton commented on the challenge of playing Rachel Lynde after her stroke. "It was quite an acting job and was a wonderful experience for me," she recalled. "I got the chance to work with a woman who had had a stroke and I tackled the job of acting without words and making the sounds that a person in that condition would make." Hamilton also mentioned how it was a chance to "add new dimension to the character."

(3) Billy Lynde's first appearance (as if you cared, right?).

This was a dark episode, but there was light at the end of the tunnel.