Sarah and Zachary talked about Future Goals and... Jo Pitts? 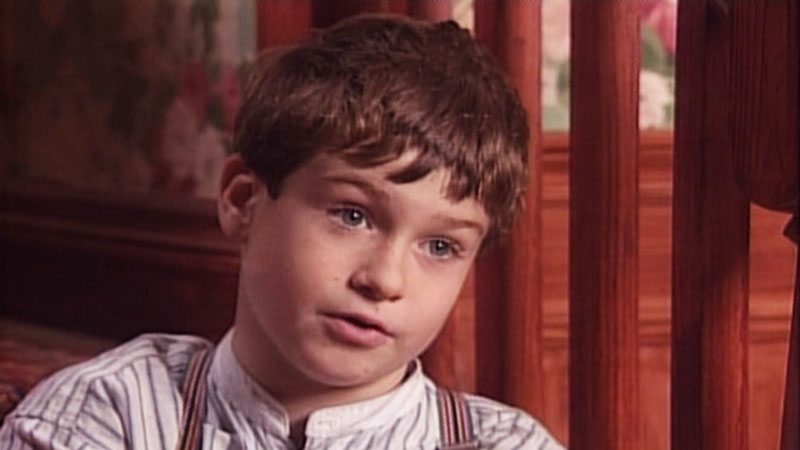 In February 1992, Sarah Polley and Zachary Bennett were interviewed by the Ottawa Citizen while they were schoolmates attending the North York's Claude Watson School for the Performing Arts.

At the time, Polley was considering either an English or philosophy degree and becoming an environmentalist, peace activist or poet.  During the interview, Zachary hilariously dropped a reference to Sarah's trouble making doppelganger from the series.

Polley already writes poetry -- ''mostly about nature, and things around you that you take for granted''-- and hopes to publish one day, though probably under a pen name to avoid association with her TV fame.

Bennett makes her giggle by suggesting she use the decidedly unpoetic name of Jo Pitts, a cockney scullery maid whom Polley played in Sullivan's TV movie Lantern Hill (1).

The Ottawa Citizen erroneously stated that Jo Pitts was in Lantern Hill. The Jo Pitts character first appeared in the Road to Avonlea episode "But When She Was Bad... She Was Horrid"

The article also pointed out the differences between Sarah and Zachary with their future goals.  In contrast to Polley's goals, Zachary wanted to continue to pursue acting and possibly directing.

Bennett also had a part in Lantern Hill, which starred his older sister Marion Bennett. His family has become theatrical all in one generation, helped by his mother, who was active in amateur theatrics. Bennett's father is a Grade 8 teacher.

Unlike Polley, the performing arts is where Bennett wants to stay, though not necessarily in acting. He wants to direct someday, and says he and sister Marion harbor hopes of being accepted to the Royal Academy of Dramatic Arts in London.

In the meantime he's happiest acting goofy skits with his schoolmates at North York's Claude Watson School for the Performing Arts (1).

When Sarah and Zachary were filming Road to Avonlea and unable to attend school, they would receive tutoring lessons on the set.