Episode 5.7: Someone to Believe In 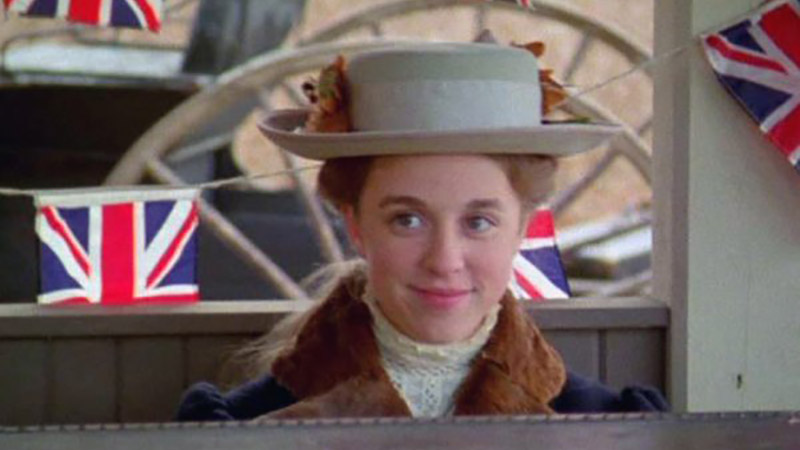 Felix becomes interested in the politician's daughter Adeline, but becomes suspicious of her when money starts disappearing from the hotel.

Simon Tremayne hires Elbert Werts as a new waitor when the hotel becomes understaffed, and Felix is given the task to train him.

The politician John Hodgson stops in Avonlea to campaign for the upcoming election and offers Alec an opportunity to run for political office. Alec considers accepting the offer to force railways to give farmers reasonable freight rates and to help give women the right to vote.

Alec is discouraged from the offer when John Hodgson admits that he buys votes with money and rum, and expects Alec to do the same. To make the deal even shadier, Alec is expected to promise the farmer's fair wages to get into office, while supporting the railway companies after the election, who subsequently will fund his campaign.

Felix becomes interested in the politician's daughter Adeline, and after a bout of nervousness, he accepts her request to show her around Avonlea.  When Hetty's money and Mrs. Billing's broach disappears from the hotel, Felix begins to suspect that Elbert is a thief. Felix's opinion changes when money from the hotel safe disappears and he realizes that Adeline was the only person that saw him use the combination.

He confronts Adeline and questions her motives for stealing. Adeline admits to the theft, claiming that she stole for fun. In order to prevent the innocent Elbert from going to jail, Felix tells John Hodgson that his daughter is a thief.

Hodgson attempts to bribe Felix, but Felix rejects the politician's corrupt practices and Alec refuses his offer to run for office. Typically, all charges against Adeline are dropped and she leaves with her father.

Road to Avonlea has many episodes that support the theme that 'crime doesn't pay;' however, it's interesting to consider all the people that have gotten away with stealing up to this point in the series without facing any serious punishment (I don't consider John Hodgson talking to Adeline's principle serious punishment).

Mr. Beedy from The Story Girl Earns Her Name, Robert Rutherford and Amanda Stone from A Dark and Stormy Night, Abe Pike from 'Sea Ghost' (I guess nobody checked to see if he was dead), and now Adeline Hodgson all escape legal punishment for stealing.

Now to be fair, Adeline has the best chance of all these people in avoiding prison; yet it seems like the series is afraid to punish anyone for their crimes. (unless their innocent like Gus Pike, and then you end up going to prison frequently) The exception is Bert MacKay, who was imprisoned after stealing school renewal funds in 'Dreamer of Dreams'. Bad luck for Bert.

Doesn't Felix's hair look better when he combs it?

"You make it look easy as a wink." -Adeline Hodgson

"You better save that money for votes Mr. Hodgson. It's the only way you'll get any once people get to know you." -Alec King

Lots of flirting between Felix and Adeline. Pierre gives Felix romantic advice, suggesting that he ask Adeline to go for a walk. Felix at first resists Pierre's advice by commenting, "If she doesn't like me, I don't want to find out."

(1) Lally Cadeau (Janet King) was miffed that Jackie Burroughs (Hetty King) would frequently upstage her co-stars.  Cadeau was "chagrined" watching Burroughs act with Gordon Pinsent (John Hodgson) in the current episode.  “She did a million-trillion bobs and weaves and banks around him, and Gordon just sat there,” she says. “Maybe Gordon was overwhelmed or tied. It was kind of sad and you’d think, ‘Come on, Gordon, fight back!” (Nash, knowlton. "Cue the Elephant!: Backstage Tales at the CBC. Toronto: McClelland and Stewart, 1996.)

(3) Gordon Pinsent (John Hodgson) was born on July 12, 1930 and has played in Due South, The Red Green Show, and "Away From Her", directed by Sarah Polley.  He has been the voice of Babar the Elephant since 1989.  In 1997, Pinsent won the Earle Grey Award for lifetime Achievement in Television.

(4) Gus has a head cold and is not working at the hotel.

(5) Elbert Werts's first appearance. Elbert is played by Marc Marut, who played a contestant for the Markdale team during the island history bee in the episode 'Another Point of View.'