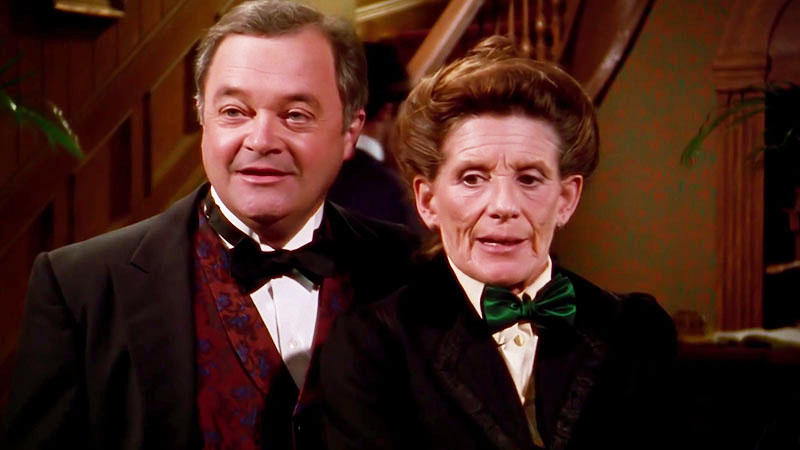 By Season 4, Hetty was taking a sabbatical from teaching and was replaced by the militant Clive Pettibone. It didn't take long before Hetty grew tireless and pursued an additional career path as the co-proprietor of the White Sands Hotel, next to Simon Tremayne, a man who lived naked among the Zulus.

In a 1993 interview, producer Kevin Sullivan revealed the reason Hetty became co-proprietor was because her mother was a hotel proprietor:

Later in the season, Hetty will write a novel, make a ton of money and become what Sullivan calls "a not-so-silent partner" in the running of a hotel - an interesting plot line, the director adds, because Jackie Burroughs's own mother was a hotel proprietor at Niagara-on-the-Lake.1

It's clear that the career change decision had nothing to do with whether it was right for Hetty's character! The decision was apparently made based on what Burroughs' mother was doing at the time. Thank God she wasn't a serial killer!

In addition to her hotel career path, it's also highly likely that Hetty became a novel writer because Sullivan was trying to mirror Montgomery's own professional life.

With the Montgomery stories all but used up in the previous seasons, Sullivan was searching for ideas. Unfortunately, the decisions to make Hetty a hotel proprietor and a novel writer were pushing Hetty further way out of character!