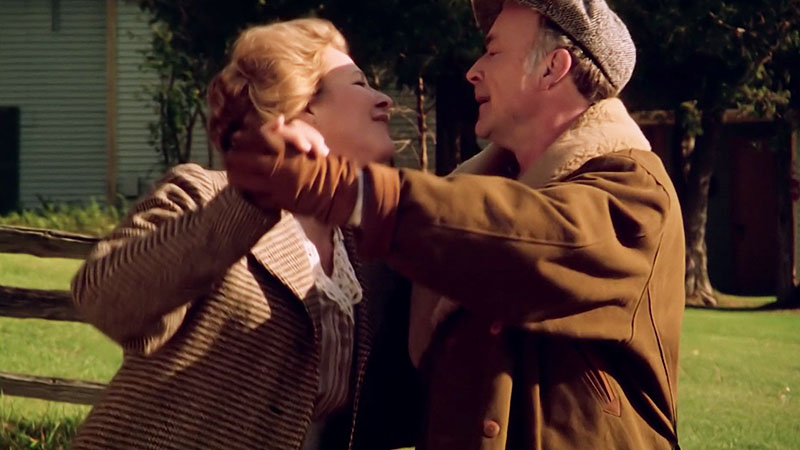 Alec takes Janet's wedding ring to a jeweler to have it sized and Janet consequently believes that her ring has been lost.

Malcolm and Abigail return to Avonlea and Alec takes them to their former house. Abigail is shocked to find the damage done to the house caused by a storm and leaky roof.

Cecily finds a stock certificate in Alec's toolbox, which causes Malcolm to suspect that the stock is highly valuable. Cecily overhears Abigail comment that Janet pretended to be sick on her honeymoon so that Alec wouldn't be embarrassed about not affording their honeymoon trip. Alec plans to use the money on a threshing machine, but when Cecily tells him about Abigail's conversation, Alec decides to spend the money on Janet.

Alec observes a newspaper advertisement that Janet was keeping, revealing an expensive ring. Alec travels to Carmody to purchase the ring, but realizes that he doesn't know Janet's ring size. While making a cake for a Knights of P.E.I. meeting, Janet removes her ring and Cecily sneaks it out of the house for Alec (once again, Janet's ring plays an important part of an episode).

Alec takes the ring back to Carmody to have it sized. Janet believes that she has lost the ring in the cake and the Ward women sneak into the Knights' meeting in order to switch the cakes. Alec meanwhile, is stunned when he finds that Archibald's assistant, has accidentally destroyed Janet's ring.

After all the misunderstandings, Alec learns that Janet was not interested in the ring, but in a dress pattern on the other side of the advertisement. Janet refuses to accept Alec's gift, but Alec surprises her with the ring as a reminder of how important she is to her family.

Isn't it weird seeing someone else play Malcolm McEwen?

If Janet's ring didn't make Gurney choke, then what did?

How incompetent can Archibald be?

"A few days with Aunt Crabigail and we'll all be screaming for mercy." -Felix King

"If we are filthy rich father, promise me you'll hire Aunt Abigail a maid." -Cecily King

Alec tells Janet that her ring has a birthstone for each of their children. "So whenever you look at this, you'll remember how important you are to your family."

(1) Lucky says that he's 7 and a half and will be eight in December.