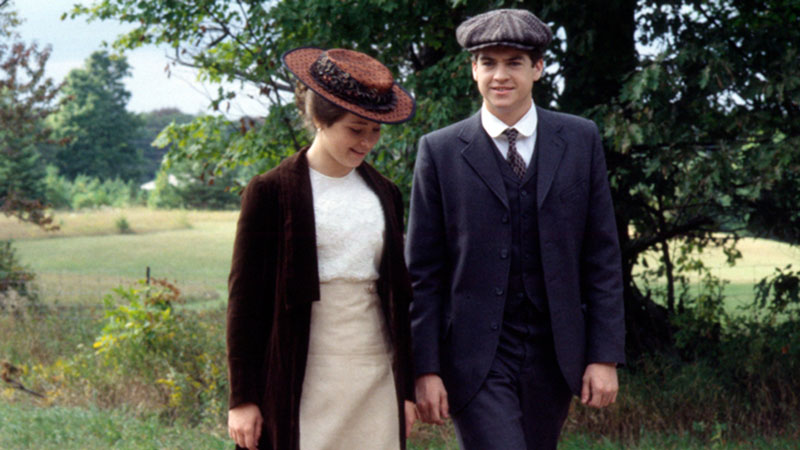 Izzy's Aunt Lillian attempts to hide the news of her failed business from Clive.

Morgan Pettibone (you remember him, right?) is dismissed from military academy after drawing pictures of his superiors. Clive picks Morgan up at the train station and is irate with his son's behavior.

Izzy invites her Aunt Lilian Hepworth to visit, but she soon reignites a heated rivalry with Clive. Lilian quickly wears out her welcome when she says that her sister lived a life of "turmoil and drudgery."  Izzy wants to live with her Aunt in Boston (Izzy was for some reason entrusted to Lilian), but Felix attempts to encourage her otherwise, after he discovers that Lilian is in financial peril.

Morgan struggles to tell his father that he wants to become a teacher and enroll in a liberal arts program at Dalhousie University. Arthur goes to bat for Morgan and they are able to convince Clive to allow his sons progress.

Felix persuades Izzy to remain in Avonlea, telling her that she's "perfect" and doesn't need to change. Lilian eventually tells Izzy about her failed business and her reluctance to tell Clive about the failure. Lilian departs from Avonlea, but not before saying that Muriel looks like her sister, Jessica Pettibone (sheesh, who hasn't been compared to looking like Jessica Pettibone?).

Felix and Izzy kiss, erasing Felix's white lie from Love May Be Blind... But the Neighbors Ain't.

Isn't it too bad that the relationship between Felix and Izzy 'fizzles' out after this episode? (no Fizzy pun intended)

"Clive, the children are not military maneuvers." -Muriel Pettibone

"You're like an ocean breeze. Not that you smell like fish or anything." -Felix King (to Izzy)

"You're a very lucky man Clive. Twice in your life, you've married a woman much too good for you." -Lillian Hepworth

(1) Dianne Wiest won a 1997 Emmy award and a Cable Ace Award nomination for 'Outstanding Guest Actress in a Dramatic Series' for her performance as Lilian Hepworth. Wiest has won two Oscars for 'Best Supporting Actress' in 'Hannah and Her Sisters (1986)' and 'Bullets Over Broadway (1994).' Both movies were directed by Woody Allen. Not surprisingly, Wiest won no awards for her performance in 'Cops and Robbersons (1994),' but this can hardly be blamed on her acting.

(2) In a January 6, 1996 article for the 'The Ottawa Citizen,' Kevin Sullivan questioned Dianne Weist's decision to play Lillian Hepworth, based on his belief that the show's formula was too simplistic for the accomplished actress. "We had Dianne Wiest on the show in the new season and in the end I was sort of saying, 'Gee, why did she accept this part?' I couldn't quite figure it out. The poor women was being upstaged by her clothes."