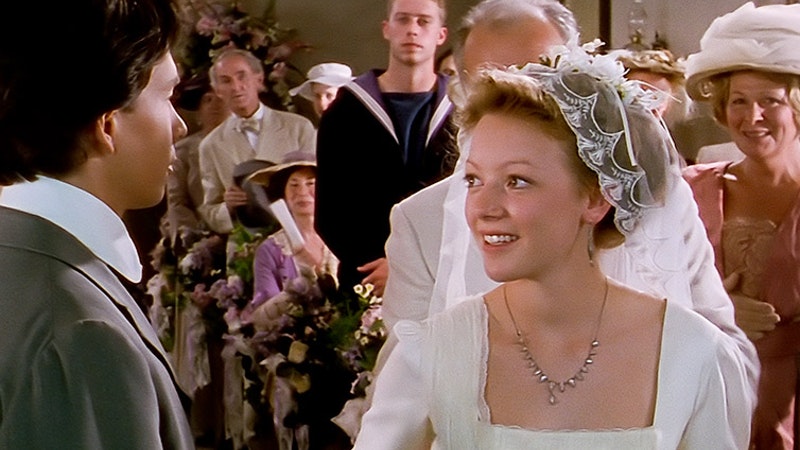 Felicity confronts Stuart about Gus's return and her wedding plans change from marrying Stuart to marrying Gus. Jasper and Olivia plan to leave Avonlea for England, which causes Hetty to dissent against the King family and she promptly refuses to attend the wedding.

Hetty, Felicity and Gus begin the journey from South Carolina to Avonlea. Hetty reads the paper and is shocked to find that the Dale cannery was destroyed in a fire.

When they settle in Avonlea, Felicity informs Gus that she is engaged to Stuart and that she was afraid that he wouldn't return if he knew.  She also tells Gus that Stuart helped her survive when she was in mourning over his alleged death.

Felicity confronts Stuart while he is feverishly building their dream house and tells him that they found Gus. A silently devastated Stuart mounts his horse and rides away.

Jasper and Olivia plan to rebuild the cannery, but Stuart advises against it, informing them that they won't be able to compete with Carmody.  Jasper thanks his workers for their commitment and announces that he will not rebuild the cannery.

Felix, who now happens to be Simon's assistant (which is kind of strange being that he was demoted to busboy in Total Eclipse), tells Gus that he is considering joining the Navy.

Felicity returns Stuart's engagement ring and tells him that "finding Gus changed everything." A heartbroken Stuart tells Felicity that he waited a lifetime for her. Shortly afterwards, Stuart leaves Avonlea.

Gus goes to Charlottetown for a surgery that he hopes will restore his eyesight. He survives the surgery but his recovery would be in question. While Felicity believes Gus is unconscious, she asks him to marry her. A perfectly conscious Gus tells her that "that's a proposal I accept."

Jasper and Olivia announce that Jasper has accepted a position at the Royal Society and that they are going to leave Avonlea. Olivia infuriates Hetty when she asks for her share of the trust. Hetty feels betrayed when Alec supports Olivia and refuses to go to Felicity's wedding.

The big day arrives and Sara Stanley arrives at Rose Cottage for the wedding. Sara is shocked to find that Hetty refuses to attend.  Alec and Janet are surprised to find that Felix has joined the Navy.

Felicity walks down the isle to a familiar and yet appropriate wedding march, but realizes that Hetty is not present. She leaves the ceremony and rushes in her bridal gown to Rose Cottage.

Felicity tells Hetty that she will not get married without her and Hetty reluctantly returns with her to the church. (It's so significant that Felicity is the one to bring Hetty to reconciliation, since both Hetty and Felicity were compared with each other in personality and they both were the most influential women in Gus's life)

Finally, the series reaches it's pinacle moment as Gus and Felicity are married and the family is reunited once again. After the wedding, the family gathers behind King farm where Hetty gives a moving speech.

In the final seconds of the last episode, Hetty accepts "change" as "inevitable," implying that she accepts Jasper and Olivia's departure; but she also makes it clear that Avonlea will never disappear from their hearts and minds.

Felicity tells Gus that she first saw him in the schoolhouse, a scene which occured in Aunt Hetty's Ordeal. As many Avonlea fans have pointed out, Felicity first saw Gus before that scene ever took place at King farm in How Kissing Was Discovered.

Note however that the writer of this final episode, Marlene Matthews, also wrote 'Aunt Hetty's Ordeal.' Therefore, it might have been more convenient to draw that significant scene from the episode that she wrote.

Notice how Alec calls Gus "son" when he greets him at the train station?

Stuart was really working hard on that home, wasn't he?

How great was Hetty's final speech?

"That's a proposal, I accept." -A perfectly conscious Gus Pike

"Aunt Hetty, you come out here this minute. I refuse to get married without you!" -Felicity King

"...So I'll ask you all now to raise your glasses and join me in a toast to the bride and the groom... To friends and loved ones, near and far; but where ever you wander, whatever glorious adventures lie ahead of you. You can rest easy knowing you have a place to come home to... The fairest spot on earth. Our Avonlea... To Avonlea." -Hetty's toast to end the series

(1) In the production notes of the former Sullivan Entertainment 'Road to Avonlea' website, it was stated that the series was intended to end by leaving "Avonlea in it's idyllic setting." The series ends nine months from World War One before the peaceful maritime community would be changed forever. When word came that this would be the final season, letters from fans began to flood into Sullivan's office, expressing regret that the series was coming to a close. Kevin Sullivan said that he wanted to end the show "without tarnishing it's image and by leaving a fond impression of the show with our audiences."

The wedding between Gus and Felicity was the pinacle of the most important story line of the series.