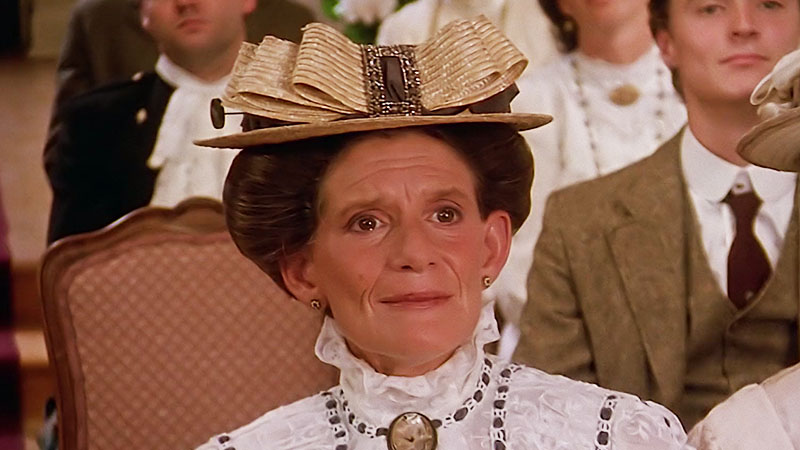 Hetty attempts to compete with Muriel Stacey's teaching achievements, by recruiting Gus Pike as a student for the Avonlea schoolhouse.

Hetty is startled to receive a telegram stating that her Queen's college rival, Muriel Stacey, has been promoted to Provincial Superintendent of schools. When Clara Potts reads an article, praising Muriel for her achievements with Anne Shirley and Gilbert Blythe, Hetty becomes determined to find a pupil of her own to teach.  Olivia's attempt at making Hetty seem reasonable in an Avonlea Chronicle article, only intensifies the rivalry between Hetty and Muriel.

Hetty finds a willing Gus Pike at the cannery and introduces the young sailor to writing, literature, and etiquette. Hetty relates fiddling and drinking with foolishness and indulgence, and confiscates the instrument. When Hetty injures her back, Muriel takes over as teacher, and is ridiculed by Hetty for being too lenient with the children.

Despite Gus's wiliness to learn, his old habits create problems. Gus is involved in a brawl, which leads to an accident where the cannery catches on fire. Gus promptly quits school to repay the damages. Hetty tries to convince Gus to return and complete his education.

At the Governor's reception, Gus returns and performs a song with his fiddle in honor of Miss King. The hauntingly beautiful rendition strips away the negative connotations that were originally linked to the fiddle.

"The devil's in most people. Not me, mind you, but most." -Hetty King

"Ah may wreck the King's English, so I'll say my thanks the only way I know." -Gus Pike

(1) Micheal Mahonen was initially contracted for two guest spots in the series as Gus Pike in 'How Kissing Was Discovered' and the currently reviewed episode. His contract was extended due to the excitement and likeablility that his free spirited and adventurous character generated with fans. In an interview for the Avonlea Traditions Chronicle in winter 1995, Mahonen commented on the works of Lucy Maud Montgomery and his role in the series:

"To be honest, I've never read any, and when I first appeared on the series, I had never seen it. I think that was a good thing because rather than adhering to a certain flavor, I was able to come in with a totally fresh character. I think that was appropriate because Gus was an outsider."

(2) John Welsman composed the song Gus plays on his fiddle at the end of the episode. According to Welsman, "the challenge was to find a piece that was simple enough for him to play but which could be made much richer in its full orchestration as underscore. I would frequently consult with a friend, musicologist Anne Lederman, about the traditional music of the period and place. Once, she played a traditional Irish tune for me called "Ur Cnoc Cein Mhic Cainte' (Gaelic for 'The Fresh Hills of Cein Mhic Cainte') and I loved it. My orchestral arrangement of that piece became Gus'(s) theme."

(4) The name 'Heziah' is mentioned as the name of the King grandfather. In a scene at the schoolhouse, Hetty tells Gus that her father 'Heziah King' owned the book 'How to be a Gentleman.' In Chapter two of Montgomery's The Story Girl, Abraham King is the name of Alec's father and the grandfather of Felix and Felicity. Interestingly, the Bantam Storybook for this episode, written by Gail Hamilton, mentions that Hetty's father was 'Isaiah' (n. 13, page 49).

This might very well be Jackie Burrough's finest performance in a role where there is simply no equal. From the humorous beginning to the last strain of Gus' haunting serenade, this is a true Avonlea masterpiece!