The Road from Carlisle to Avonlea 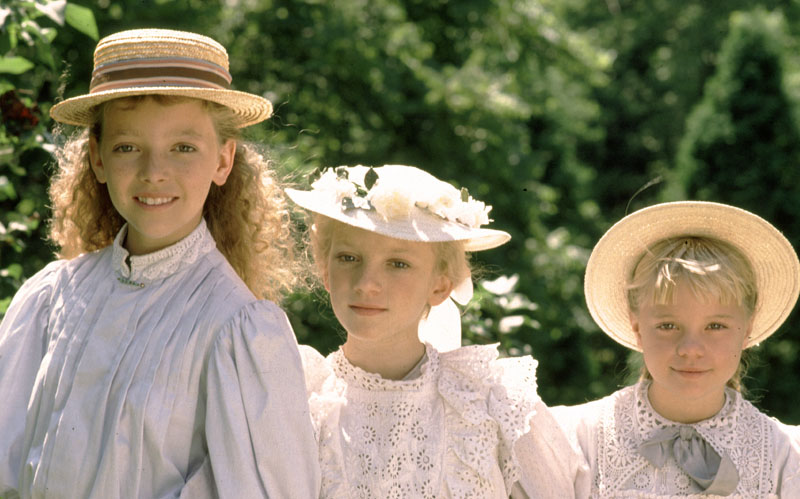 "One becomes involved with Anne and Emily as one does not with Sara Stanley and her circle. These children have no passionate problems, no hearts bursting with love and hate and frustration." - Genevieve Wiggins

Despite Lucy Maud Montgomery's belief that The Story Girl was her best work, the story that became the basis for Road to Avonlea initially lacked the conflicts that made Anne of Green Gables so fascinating. As Genevieve Wiggins explains: Sara Stanley's "talent is recognized from the beginning, and she experiences none of the struggles for acceptance that provide drama and intensity in the chronicles of Anne and Emily" (109).

According to Wiggins, "there is little to move the action forward or to invite continued interest except a gentle pleasure in mood and setting… One becomes involved with Anne and Emily as one does not with Sara Stanley and her circle. These children have no passionate problems, no hearts bursting with love and hate and frustration" (ibid).

Keeping Up With Montgomery
The writers of the series used a handy tool to keep track of Montgomery’s works. They kept a thesaurus of characters and events from the Montgomery literature to help them sketch out the episodes.

In order to remedy these problems, chief script writer Heather Conkie and Fiona McHugh set the foundation of the first season by adapting Sara Stanley and the King family for prime time television. "What is at the heart of Montgomery is her characters," Sullivan said. "You can hear them. They jump off the page. A writer working on a scene will sometimes search through the books to find the right line for the right occasion (Walker, S.4)." 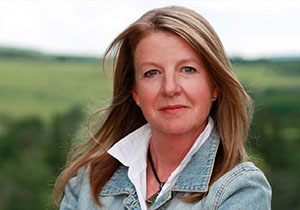 Heather Conkie began her career before she was 10-years old, performing as an actress on Toronto's CFTO-TV. She attended the University of Toronto and the Royal Conservatory of Music before working for TVOntario. She hosted Report Canada and performed in the music-education show It's Mainly Music playing the role of Agnes Peabody.

In 1984, Conkie began writing, producing and acting in the weekly TVOntario comedy-drama series Dear Aunt Agnes. Conkie reprised the role of the 65-year-old eccentric Agnes Peabody--A character who helped her teenage nephew and niece work through problems while the children's parents were pursuing careers. This non-traditional family situation would later be echoed in Road to Avonlea; and the creation of Andrew King in Road to Avonlea was possibly a nod to Andrew Stefanidos--the nephew in Dear Aunt Agnes.

"In the books, you have a narrator who's mainly a storyteller - for television, we had to make it more active." - Heather Conkie

The series was brought to the attention of Kevin Sullivan who was drawn to the Aunt Agnes character. "We saw that as being typical of the kind of character we wanted for Avonlea," Sullivan remembered (Smith, C.2). Conkie was recruited to write for the series and help adapt the role of Sara Stanley and the King family for television. "In the books, you have a narrator who's mainly a storyteller - for television, we had to make it more active," Conkie said (ibid).

On the Set
Conkie visited the sets to consult with Sullivan and watch the actors. Conkie’s daughter Alex even appeared in the background of an episode.

Conkie believed that her 8-year-old daughter Alex shared some similarity with Sara Stanley. "People have said there's something of Alex in Sara, and I don't think that's by accident. They both have a certain formality, which comes from spending a lot of time around adults (ibid)." Conkie would read the scripts to Alex and her daughter would return feedback and advice.

In contrast to Montgomery's Story Girl, the series Sara Stanley was a wealthy outsider, sent by her father, Blair Stanley, to live with extended family in order to escape the scrutiny of corporate scandal. Upon her arrival, the prissy Sara Stanley, accustomed to the upper class perks of a nanny and Paris dresses, seeks acceptance from antagonistic cousins and gossiping villagers that challenge her privileged status in a rural environment.

Interestingly, this basic premise was not based on any of the Montgomery works mentioned as sources for the series. The premise is remarkably similar to an obscure Montgomery short story called "The Redemption of John Churchill" from The American Messenger published in 1906.

According to this story, a child is sent to live with his Aunt while his father, John Churchill, is facing embezzlement charges. The Aunt strongly dislikes the father and the child is taunted by peers for the father's alleged actions. The antagonism between the aunt and child provided a similiar catalyst for the drama that would take shape in the series.

"The relationship between Sara Stanley and Hetty King was central to the series for many years" -Patricia Hamilton
Story Girl Geography
Carlisle was likely the representation of Cavendish with references in The Story Girl and The Golden Road to nearby towns Markdale and Baywater. The Macneill homestead of Montgomery's childhood in Cavendish adjoined Uncle John Macneill's property, similiar to how the King Farm homestead adjoins Uncle Roger's place. (The Geography of the Story Girl). Sara Stanley was probably named after Montgomery's birthplace Stanley Bridge, also located near Cavendish.

The domineering Hetty King was created as the series representation of the Aunt from this story, becoming Sara's guardian while her father, Blair Stanley, faced embezzlement charges in Montreal. Hetty blamed Blair Stanley for taking her sister (and Sara’s mother), Ruth Stanley, from her protective reach and plunging her into the lifestyle of a worldly traveler that she believed resulted in her untimely death.

The conflict of wills between Hetty and Sara was similar to the conflict between Marilla and Anne. Upon her arrival in Avonlea, free-spirited Sara struggled to gain freedom from her strict disciplinarian Aunt. "There are many relationships in the series between young children and older women," Patricia Hamilton reflected. "The relationship between Sara Stanley and Hetty King was central to the series for many years" (ATC 17: 25).

"We changed the family around into what we thought would be more accessible to people today." -Heather Conkie

In addition to changes to Sara Stanley, changes were also made to her King cousins: Felix replaced Dan as the brother of Felicity and Cecily, Dan was ousted, and Beverley was replaced by the bookish cousin Andrew King. "We changed the family around into what we thought would be more accessible to people today." Conkie remembererd. Despite these changes, the writers "tried very hard not to make it sound too modern (Smith, C.2)."

Conkie also developed many of the supporting characters that would play an intricate role in The Story Girl's journey. "Our heroine, Sara Stanley," Conkie remarked, "is surrounded by perhaps the most extraordinary assortment of characters ever assembled in one place at one time on the television screen.”

In addition to the main characters, there were over sixty recurring roles including the special guest stars. Conkie explained that these "recurring" villagers were created from a combination of sources:

Most are the product of Lucy Maud Montgomery's incredibly fertile imagination, and some, I must add modestly, or at least confess to, depending on how you look at it, spring from the depths of some dark recess of my own mind. Despite this fact, I take no responsibility for Abner Jeffries' actions or the incredibly outrageous Mrs. Potts. True, I gave them life, but they have taken over to the point of no author control (AC 8).

Heather Conkie's creative impetus fleshed out the villagers from the hilarious gossips to the clumsy lawman.

While Conkie was adapting the characters and Perri Gorrara's set designs were being built, the rest of Sullivan's production staff was in full swing designing the costumes and writing the music. With the biggest budget in Canadian television history, Sullivan could hire the best talent and specialists for his new production. One of these specialists, Martha Mann, was costume designer for both Anne of Green Gables miniseries and Road to Avonlea. As an expert on historical garments, she was also head of the design department at the University of Toronto’s Drama Centre.

Although the series had an ample budget, Sullivan closely watched the spending and production costs. Once when Sullivan was asked about his pet peeves he answered " our wardrobe department for continually overspending." When Sullivan walked into the production office the following Monday, he saw a photocopy of his face on the wall with a dart through his nose (Kelly, 1990, T.42).

...many key casting decisions were made from chance encounters in a "shocking pink fifth-floor corridor" of Sullivan's downtown Toronto office building

If the costumes captured the ambiance of the Edwardian era, the breathtaking music would set the tone and become one of the most endearing qualities of the series. The music of Road to Avonlea was largely composed by Sullivan's long time associate, John Welsman. Sullivan and Welsman became friends in High School and were roommates in College. He attended the Royal Conservatory of Music in Toronto where he studied piano and music theory and also studied at the Faculty of Music, University of Western Ontario from 1974-1975.

During Christmas in 1980, Welsman gave Sullivan a record of tenor Kenneth McKellar singing songs by Scottish poet Robbie Burns. "It was quite a prescient gift," Sullivan recalled, "because the tone and melodies recorded therein laid the groundwork for a great deal of what would inspire the musical soundtrack for Avonlea a decade later."

With the production underway and the characters established, casting director Anne Tait needed to find the right actors to play the principle characters. According to the Globe and Mail, many key casting decisions were made from chance encounters in a "shocking pink fifth-floor corridor" of Sullivan's downtown Toronto office building.

These encounters included interactions between publicist Ms. Kierans, casting director Anne Tait, and Ms. Kinney, who was working on behalf of an up-and-coming young actress named Sarah Polley (Enchin, B.3).