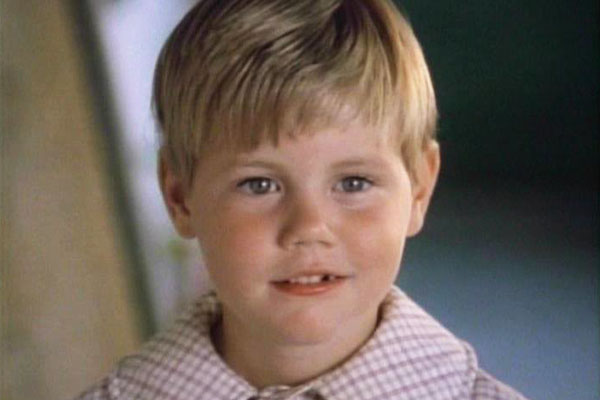 First appearance: 2.4: Of Corsets, Secrets and True True Love
Davey Keith and his sister Dora were orphaned when their mother Mary passed away. With their uncle Willy in prison, Davey and Dora went to stay with their blood relative, Marilla Cuthbert, and her friend, Rachel Lynde at Green Gables.

The two siblings were complete opposites. While Davey was always getting into trouble, Dora was quiet and reserved. Dora was often stuck with the impossible task of keeping her brother out of trouble. Davey's mischievous behavior became a nuisance for Rachel Lynde, which threatened Rachel's life long friendship with Marilla.

After Rachel had an equally troublesome tooth removed, she was able to cope with Davey's behavior, which allowed the Keith twins to remain at Green Gables.

Much of Davey's problems in school were attributed to his inability to read. After Sara discovered Davey's illiteracy, she promised to help him develop his reading skills (5.4: A Friend in Need).

Despite Sara's tutoring, Davey continued to get into trouble. In 1909, Rachel Lynde suffered a stroke after seeing Davey playing on the roof.

She was taken to Saskatoon with her son, Robert, and the Keith twins stayed at Rose Cottage with Hetty King (6.5: The Trouble With Davey). Following another stroke, Rachel returned to Avonlea where the Keith children helped her recover.

Davey and Dora would continue to live with Rachel Lynde and Hetty King at Rose Cottage. In later years, Davey joined the military and fought in the first World War (Mentioned in Happy Christmas Miss King).