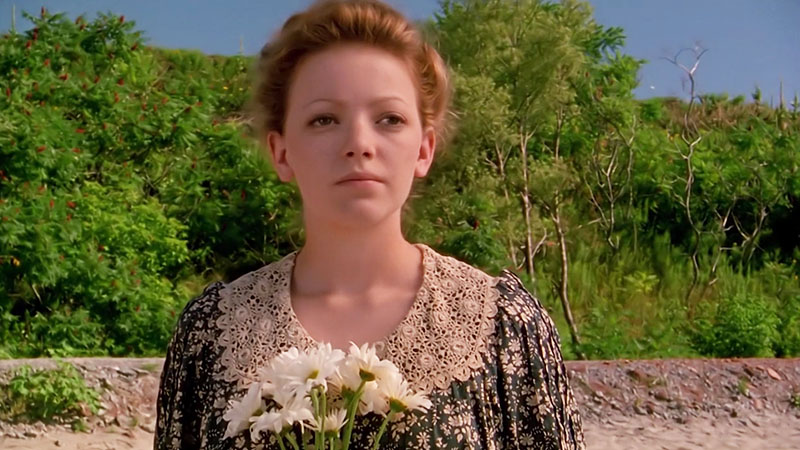 Felicity and Stuart McRae help turn the run-down Lloyd estate into an orphanage and their collaboration results in a romantic relationship.

The startling moments that closed the sixth season are echoed in the beginning of what would be Avonlea's final season.

Felicity sinks deeper into depression while stewing over the memory of Gus.  Felicity is standing alone on the beach, calling for Gus to come back. Stuart McRae appears on the hillside and we learn that he has been boarding with the Kings and is the new town banker.

Stuart discovers that Margarett Lloyd, the spinster from the episode Old Lady Lloyd, has died and has left her estate in the hands of the town. Stuart arranges a town meeting to determine what to do with the property.

Felicity is surprised to find that Seth Prichard has remarried a woman named Mavis, shortly after the death of his former wife, Colleen (6.12: A Time To Every Purpose). At the meeting, Mavis volunteers Felicity to assist her on a committee to assess the condition of the Lloyd estate.

During the assessment, Felicity finds several orphans inside the house and tries to comfort them. Stuart and Felicity plan to open the former Lloyd estate as an orphanage. The new project helps Felicity take her mind off Gus's tragedy.

Stuart calls on Felicity and in an effort to remain an eternal bachelor, mistakingly asks her about Gus Pike. Felicity is still haunted by Gus's memory and startled by Stuart's forwardness.

Eliza helps convince Felicity that she shouldn't let her first love be her last. Stuart plans to leave town after believing that he has hurt his relationship with Felicity; but she stops him from leaving.

There is really no explanation for Stuart's relationship with the King family, other than they offered him boarding.  Stuart is about as likable as the old butcher Lazar Wolf from Fiddler on the Roof.

Can you believe Felicity touched that bread in the Lloyd estate?

Isn't it kind of eerie for Stef Prichard to get a new wife so quickly after Colleen's death?

I wonder what ever happened to Sylvia Gray?

"Let her do it. It's the best medicine in the world." -Alec King

"Such dreams Felix. Where do they go?" -Felicity King

Eliza retells her tale of lost love and advises Felicity that she shouldn't let her first love be her last.

(1) Enoch Caine was originally supposed to be Felicity's romantic interest in the seventh season.  Caine was manager of the PEI Provincial Bank and offered Felicity unspecified employment at the bank in Homecoming. When the actor wasn't available, Enoch Caine was replaced by Stuart McRae.

(2) David Ferry, who plays Stuart McRae, was originally cast as Harmon Andrews in the first season's Felicity's Challenge. Yes, that's right. He was the old guy watching the young Felicity bob for apples. David Ferry made his first television debut when Gema Zamprogna was only three years old.