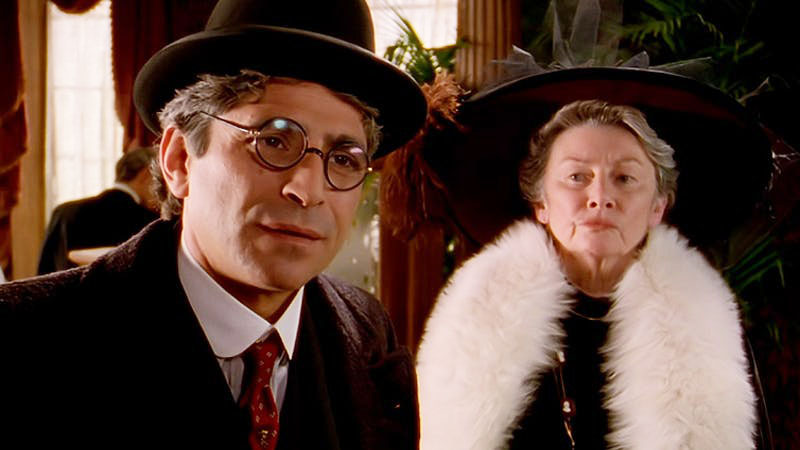 On the eve of an eclipse, Felix overbooks the White Sands Hotel and brings the guests to lodge at King farm to repay lost raffle funds.

Felix has ambitions of becoming an assistant manager of the hotel, but Simon informs him that he needs more experience. The hotel becomes swamped with visitors who have come to the island to see an eclipse. Felix brags to Elbert about having the house all to himself and that his family will be out of town.

Janet entrusts church raffle money with Cecily. Cecily and Izzy encounter a skunk and have to burn their clothes. Cecily accidently burns the raffle money and must rely on Felix to find a way to restore the funds.

Felix begins to overbook the hotel in a scheme to bring visitors to King farm for boarding and to acquire the money necessary to repay the charity funds. The visitors become a hassle for Eliza and Cecily, who are stuck entertaining them. It's great how Eliza is willing to go along with Felix and Cecily's plans.

The interaction between Eliza and Mrs. Sandborn Ellis is also hilarious. While Eliza is prying in on a conversation, Ellis harasses her about fetching tea. Eliza pretends to be stone deaf (A great allusion to Proof of the Pudding) which causes a frustrated reaction from Ellis. Immediately after Ellis closes her door, Eliza resumes her prying.

Izzy and Cecily become upset with Felix after they discover that he lied to Simon Tremayne about the White Sands booking. Cecily's fierce disapproval is somewhat hypocritical, considering that she was also being deceptive by allowing visitors to stay at King farm without her parents consent.

Janet returns home and is shocked with all the visitors. She scorns Felix and Cecily about the ordeal but forgives them when the siblings stick up for each other and take responsibility for their actions.

Selena Dale becomes even more obnoxious in her bizarre relationship with a visiting professor, who is about as flat as the professor from Gilligan's Island.

Where was the professor keeping his white mice? In his suit case?

How funny was it when Cecily and Izzy got sprayed by that skunk?

Didn't Felix's attitude with having a house all to himself remind you of Tom Cruise in Risky Business?

How did Jasper know to send enough pinhole projectors for the Amature Astronomers League of Munich?

"This whole week is going to be one long bachelor party." -Felix

"You know Cecily, sometimes I don't even think we're related." -Felix King (after Cecily tells him that she doesn't care about the money)

"No one needs to be in a great rush to get old. It's highly overrated." -Eliza Ward

Eliza telling the professor that he knows nothing in the way of the heart.

(1) Alec was in Halifax, although there was no explanation what he was doing there.