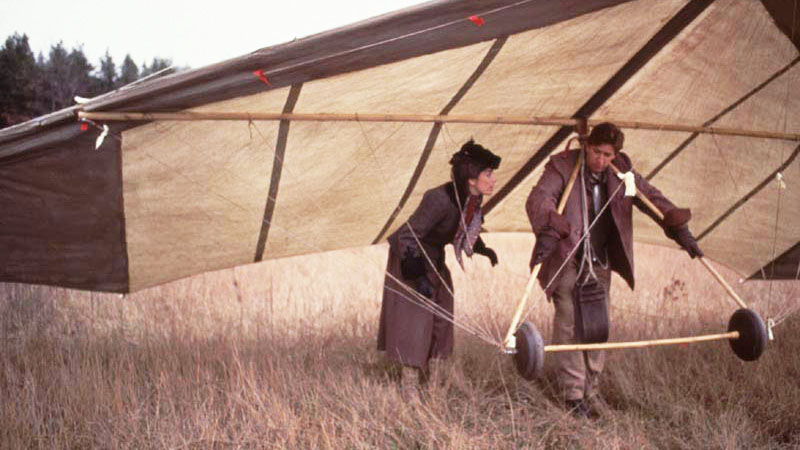 When Chronicle funds are stolen, Olivia is blamed and Jasper tries to find a way to prove her innocence.

Olivia is put in charge of the Avonlea Chronicle while Mr. Tyler is in Halifax for a meeting, which causes long time employee, Mr. Pinker, to resent the decision.  After staging a flying experiment that goes wrong, Jasper overhears the town gossips describing him as a failure and expressing their concern for Olivia.

Felicity and Sara write a fictional column called 'Madame X,' which reveals many of the villagers short-comings through thinly disguised aliases, including Alec King, who's "snoring" is described as "boring." When Olivia accidently publishes the column, the town erupts in protest.

Matters grow worse as renewal money from the Chronicle safe is stolen and Olivia is blamed for the loss. Jasper returns from seclusion and uses his camera to catch the culprit.

The ending is far more surprising than the ending in The Hope Chest of Arabella King. This time around, we have more than one possible suspect and Mr. Pinker was a good decoy for the possible burgler at the Chronicle.

Would you bet on a horse called Galloping Consumption?

How many times did it take Jasper to explain his plan to catch the burglar to Abner Jefferies?

Have you noticed that many of Jasper's failures throughout the series end in disaster as a result of fire?

"I'd have to dream up something exciting to happen in this poky old village." -Felix King

Sara gets sappy near the end when she tells Jasper and Olivia, "remember what Madame X said. It's time for you two to have a heart to heart talk."

(1) The title for this episode is adapted from Chapter 21 of The Story Girl, but that's about all the episode and chapter share in common. The theme behind the 'Dreamer of Dreams' chapter focuses more on Sara's reaction to a dream Cecily had, and the cousins' plans to record their dreams.

This episode provides a good follow-up to 'May The Best Man Win,' fortunately giving Jasper and Olivia another story in this stellar season.