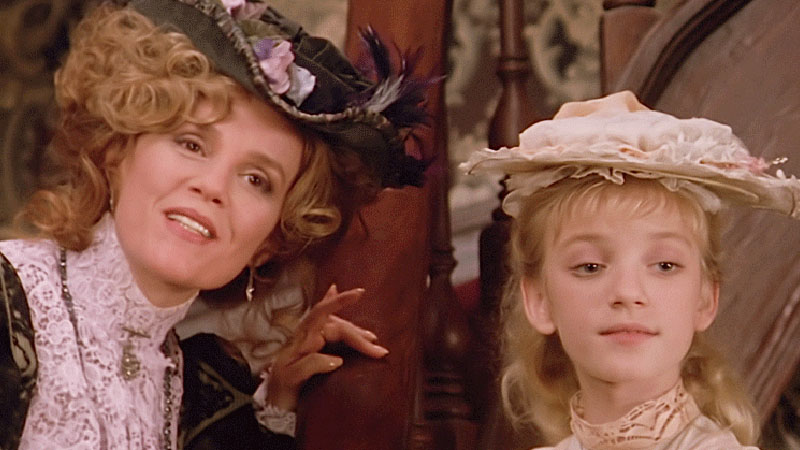 Sara tries to help Pat Frewen court the admiring Theodora Dixon, but events turn for the worse when Pat believes Sara's intentions are to unite him with her famous cousin Pigeon Plumbtree.

Sara's famous cousin Pigeon Plumbtree visits and her eccentric mannerisms quickly become a headache for Hetty.  Pigeon perceives Sara's existence as being "dry" at Rose Cottage and intends to enrich her cousin's life with acting lessons. This sharply contrasts with Hetty's low opinion of acting and art.

Sara attempts to help the seemingly confirmed bachelor, Pat Frewen, court his long time admirer Theodora Dixon, who had been pursuing him for twenty years. Pat mistakes Sara's intentions, thinking that Sara wants to unite him with Pigeon Plumbtree.

When Pat reveals his courting intentions to Pigeon, the actress berates him in the White Sands dining room. Pigeon relates everything to the stage and finds it difficult to distinguish between play-acting and reality.

After realizing her cruel actions, Pigeon helps Sara bring Pat and Theodora together during their charity performance for the Avonlea Improvement Society.

Theodora Dixon is the treasurer of the Avonlea Improvement Society, but you never see her at any of their meetings outside of this episode. Sara is a bit too gullible when Pigeon performs a death scene.

The title was derived from Shakespeare and Sara was enthralled with the thought of performing as Juliet, and yet they end up performing Edward Lear's nonsense poem at the end of the episode! What happened to the strong Shakespeare build-up?

Isn't it funny how Pat's courting clothes don't fit him?

"Reciting poetry isn't acting, it's memory work. Actor's are deceivers. People who pretend to be something else for a living aren't right in the head." -Hetty King (note: remember this quote for later episodes)

"Goodness, my back teeth are floating." -Pigeon Plumbtree

"I should have put my foot down the minute that woman breezed into my house and ate up all my good chocolates!" -Hetty King

"You drive a hard bargain, but you're worth it." -Pat Frewen (during his wedding proposal to Theodora)

Sara overdramatically pleading for Pat to court Theodora gets pretty sappy. She tells Pat that "a faint heart never won a fair lady."

(1) This episode is roughly based on Chapter 1: The Hurrying of Ludovic from Montgomery's Chronicles of Avonlea. The story revolves around Ludovic Speed, who plays the role of Pat Frewen and puts off marrying 'Theodora Dix' (Theodora Dixon in the current episode) for fifteen years. Anne Shirley plays Sara Stanley's role by enthusiastically bringing the twosome together.

(2) Madeline Khan was interviewed by the Gazette in January 1991 about her role as Pigeon Plumbtree:

"It's uncomfortable and I don't know if it's good for me physically - well, I don't think it is, but then I'm no expert - still, it absolutely gets me into the role."

The kooky redhead is being physically and psychologically restrained in an elaborate brocade-and-lace Victorian get-up that includes corsets tugged tight at her 23-inch waist and ceiling-high hair held in place with a purple-plumed hat dotted with pink flowers.

It's one of half a dozen hip-hugging costumes Kahn wears as flamboyant actress Pigeon Plumtree in the Feb. 10 episode of CBC's turn-of-the-century charmer Road to Avonlea.

In the show, the celebrated Plumtree shakes up the sleepy town of Avonlea when she visits relatives.

For Kahn, doing this "lovely, Masterpiece Theatre-type show" was a calm departure from the work she's most often recognized for - zany characterizations in the gagfests known as Mel Brooks movies.

"With Mel, it is impossible to be too crazy - the boundaries are very wide," the 48-year-old actress says as she gingerly inches forward in an overstuffed chair at the Toronto studios of Road to Avonlea.

(4) The reason that 'The Owl and the Pussy Cat' was used for Pigeon and Sara's performance possibly had to do with it's similiarities with the story line. In the poem, the Pussy Cat remarks how they have put off marriage and would be symbolic of Theodora's twenty year wait. In order for the owl and pussycat to be married, they required a pig to give up his ring. The pig's ring could represent Pat Frewen's penny pinching and stingy personality that had to be changed in order for him to propose to Theodora.