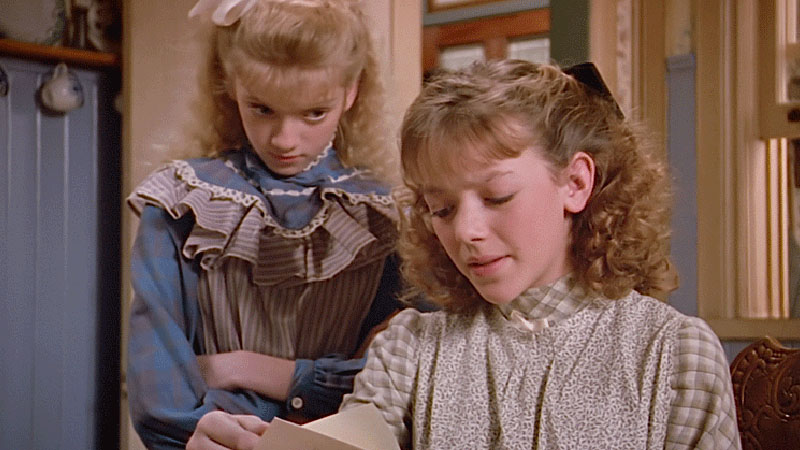 Sara is taunted by Felicity when she plans to submit an essay naming Hetty as 'Mother of the Year.' In retaliation, Sara plants a letter, stating that Felicity was switched at birth with Sally Potts.

Felicity is determined to win the essay contest for 'Mother's Own Magazine's' Mother of the Year award. Sara writes an essay for Hetty, but is taunted by Felicity and Sally, who claim that Hetty is nothing more than an Aunt.

A dispute arises between Janet and Hetty over the concept of mothering. Janet believes in a "sacred bond of motherhood" and rejects Hetty's claim that upbringing and education is more important for raising a child.

Sara and Felix devise a scheme, writing a letter stating that Felicity was switched at birth with Sally Potts. The scheme sends Felicity into an identity crisis and causes an uproar between the King and Potts families.  A panic ensues, which causes Janet King and Clara Potts to redefine their perspectives of motherhood.

Hetty finds great amusement when Sara reveals her scheme, but attempts to mask her amusement with concern. When faced with the possibility of losing their daughters, Janet and Clara realize that motherhood is not all about giving birth, but about love and nurture.

Wasn't it funny how Olivia scolded Hetty for tracking mud onto her clean floor?

Did you notice how Clemmie Ray's mother didn't show up for the 'Mother of the Year' award ceremony?

"Some of us have higher standards of cleanliness mother." -Felicity King

"Felicity, you were switched at birth with Sally Potts!" -Sara Stanley

(1) Felicity's friend, who claimed "I'm going to write that my mom's deserving because she's forever helping me with my schoolwork" is credited as Myrtle Blewitt and played by Amy Smith.  The actress also played 'Chrissy' on the series 'Ready or Not.'  Interestingly,  'Ready or Not' co-starred Laura Bertram, who plays Adeline Hodgeson in the fifth season episode Someone to Believe in. (Thanks to Michael for the correction)