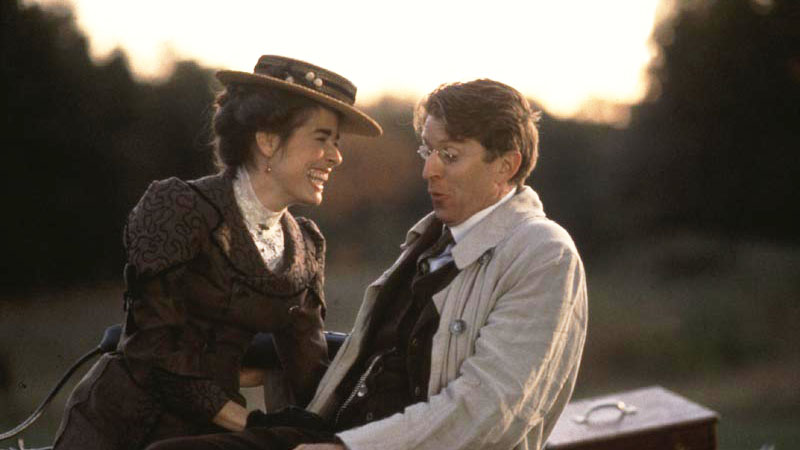 Sara and Felix concoct a scheme to convince Olivia to fall in love with Jasper Dale instead of the wealthy Edwin Clark.

Hetty continues to express her controlling nature over Olivia and her distaste for the socially awkward Jasper Dale. In one scene, Hetty proclaims, "all this photographic prancing around. It will be your undoing Olivia, believe me.  Jasper's photographs complement Olivia's articles nicely as they continue their partnership at the Chronicle.

Olivia's former sweetheart Edwin Clark returns and surprises Olivia by asking her to marry him. Apparently, Hetty intimidated and scared Edwin away nearly ten years before, to maintain her control over Olivia. Only the prospect of Olivia marrying the clumsy Jasper Dale forces Hetty to support Edwin's plans of marriage.

Sara and Felix attempt to prevent Edwin's plans by seeking the help of Peg Bowen. The alleged witch of Avonlea concocts a love potion that will force Olivia to become betrothed to the first unmarried man she sees. Their plan fails however, when Olivia drinks the potion and greets Felix at the door of Rose Cottage, rather than Jasper.

After both Edwin and Jasper propose to Olivia, they discover that a young boy, Teddy Armstrong, has fallen into a well. When the two bachelor's approach the well, Edwin refuses to put himself in harms way to save the boy. Jasper, proving he's the better man, helps Teddy from the well.

After Olivia realizes Edwin's cowardice, she rejects his marriage proposal and accepts Jasper's proposal. Edwin Clark's true nature was expressed when he gypped Teddy out of a nickel and later when he refused to save him from the well.

This villainous behavior was a good contrast to the good-natured Jasper Dale, who displayed courage and thoughtfulness. Something however, should be said for the boy who fell into the well. After all, if it wasn't for Teddy, Olivia might have reconsidered Edwin's proposal.

When Sara tells Edwin that Olivia has fallen sick, Edwin urgently leaves on his carriage toward the bridge in town, where he collides with Jasper. The problem is that he leaves in the wrong direction! Edwin clearly leaves Rose Cottage while travelling away from town, but somehow arrives in town several minutes later.

Wasn't it funny when Peg took a sip of the ingredients to her own concoction?

"Aunt Olivia and Jasper are far too ancient together. Almost as old as you and father." -Felix King

"Just you promise me Sara, when your turn comes around, you won't get all bamboozled by this love business." --Hetty King

(1) Sara Stanley describes Jasper Dale's private life in 'The Love Story of the Awkward Man' from chapter 25 of The Golden Road. The eccentric awkward man apparently created a "dream woman", fancies a dress for her, and respectfully kept the feminine items that construed this weird fantasy in a secluded room at Golden Milestone (It's interesting to note that one of the feminine items Jasper acquires for his "dream woman" is a pair of blue satin slippers. Thus, we have the origin of the slippers Sara receives in 'Proof of the Pudding). This is clearly one of the most bizarre stories to ever appear in the Montgomery literature. It's behavior that I would expect from Hitchcock's 'Norman Bates' character. Fortunately, the series discarded this aspect of Jasper's life.

(2) In this same chapter, we learn that the "dream woman" is Alice Reade, who arrived in Carlisle to teach music. The series representative of Jasper's early love interest was named Addy McNiel, and described in "The Story Girl Earns Her Name."

(3) Teddy Armstrong's character was derived from L.M. Montgomery's Anne of Windy Poplars (1936).  Similar to this episode, Teddy was a cheerful boy who lived with an unfriendly father. In Montgomery's work, Anne and Lewis Allen take a photograph of Teddy and the farmhouse for a prize contest. Sadly, before they could show Teddy the photograph, the young boy dies of pneumonia.  Anne and Lewis give the photograph to a grieving James Armstrong who is grateful to have an image of his son (Thanks to Melina for the reference).