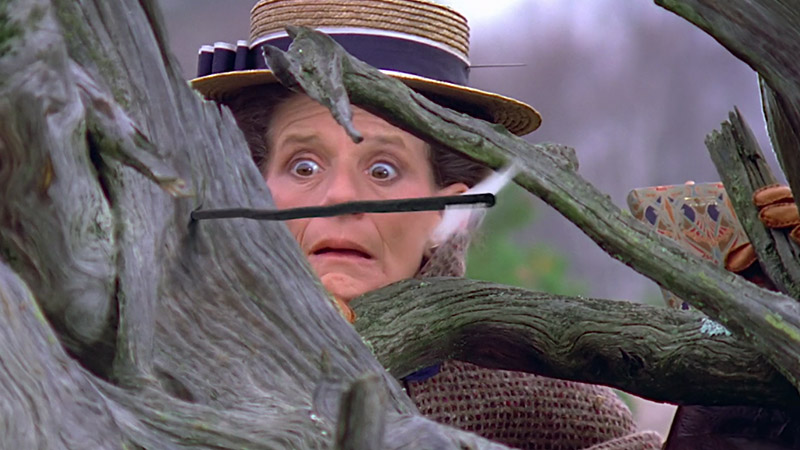 Season Three's final episode, Old Friends, Old Wounds, has a funeral-like atmosphere as we bid farewell to Marilla Cuthbert and the revered Colleen Dewhurst.  It may come as a surprise that this farewell episode also nearly marked the end of the entire series!

Imagine that for a moment -- Road to Avonlea ending on this somber note, where we would never see the fruition of Gus and Felicity, or the arrival of the Pettibones, or landmark episodes like Home Movie, Memento Mori, and Lonely Hearts.

Initially, Sullivan outright rejected creating a series based on Lucy Maud Montgomery's works. When increasing fan interest encouraged him to produce Road to Avonlea, he eventually ran out of source material. Sullivan has stated that he ran out of Montgomery based plot lines half way through the second season.

Kevin Sullivan and Trudy Grant seriously considered ending the series with the conclusion of Season 3. However, a visit to the Toronto hospital changed their minds.

"We thought last year we'd had it with Lucy Maud and we'd done what we could do," Sullivan says. "But then we do things like a benefit for the (Toronto) Hospital for Sick Kids that Trudy organized last year and we get people lining up at 7 in the morning for an 11:30 tour of the Avonlea sets. We raised about 50 grand in four hours and we were amazed at the number of people dying to get in and going nuts to buy the actors' autographs.  "Those experiences reinforce for us that there's an audience that really wants the show to happen, and we've always felt an obligation to them. As long as there's a willing audience and we can do justice to the material, we don't want to disappoint people.1"

Avonlea never waivered in the ratings and Season 3 continued to build this devoted fan base. Season 3 presented Avonlea with a rare Emmy Award for Christopher Lloyd's performance as Alistair Dimple in Another Point of View, one of the Disney demanded guest star episodes.  The reluctance to continue the series past the third season may have also been impacted by constant breakdowns in funding negotiations with Disney; and these negotiations also allowed the series to continue.

"This season was the straw that broke the camel's back. The posturing and the tactics of negotiation in the end hurt the show.  It takes a crisis situation for everybody to realize exactly what my biggest problem was. Disney would always leave it to the very 11th hour, to the point where I just said, 'Why posture? This is so stupid. Why are we doing this show?'  The parties in the co-production realized that I was royally fed up, and said they want to work out a longer term." Now, he says with a broad smile, "I can absolutely tell you 100 per cent that there will be at least one more season, if not more. The deals that we're looking at now are for Avonlea to be protected and it can go on for at least a couple more seasons.2"

With the series saved, CBC kicked off Season Four with a 2-hour premier in January 1993 with Tug of War and The Lady and the Blade.  The premier led the ratings with 1,642,00 viewers, defeating North of 60 with 1,265,000 viewers, Street Legal with 1,218,000 viewers, and crushing CTV's E.N.G. with 975,000 viewers (The series that almost replaced Avonlea).   This resounding ratings success was followed with a triumph at the 1993 Gemini Awards, where Avonlea led the pack with 13 nominations.

Amusingly, the Gazette's Mike Boone was stunned that Road to Avonlea survived four seasons, pondering "who could have guessed there were four seasons' worth of TV episodes in Prince Edward Island?"3