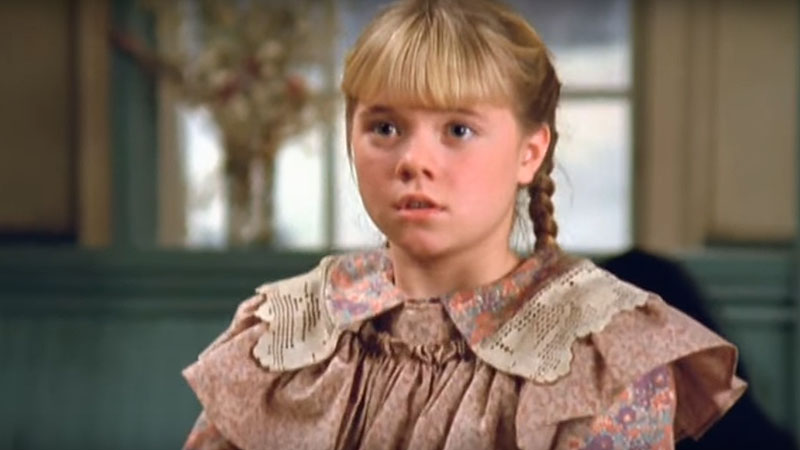 Cecily found a loyal companion in a dog she called Digger. Cecily and Digger collaborated while helping her brother Felix operate his delivery service (3.4: Felix and Blackie). Cecily was often told to stay at home while her siblings ventured out on many adventures.

In a rare dramatic moment, Cecily expressed grief when her father, Alec, neglected her as a choice for the possibility of eventually running King farm (5.1: Fathers and Sons). She had an affection for all the animals of the farm and was particularly fond of the horses.

In 1908, Cecily contracted tuberculosis and was sent to Thornhill sanitarium in New England for treatment (5.9: Thursdays Child).

In the summer of 1909, Cecily met a ruffian named Louie and they engaged in several misadventures.  Cecily was blamed for misconduct and Thornhill administrators wrote a letter to Alec and Janet, recommending that she be sent home.

When Louie discovered this letter, he set it on fire, but the fire consequently caused damage to the sanitarium. When Louie became deathly ill, Cecily arranged a Christmas party for him in June.

Louie died soon afterward. Despite this loss, Cecily promised her friends and family that she would recover from the illness and return home (6.3: Christmas in June).

Cecily recovered and the disease was eventually considered dormant. The King family was excited with this news and she was welcomed back to King farm.

Upon her arrival, Cecily was moved to the summer kitchen where there was plenty of fresh air. The town reacted in fear to Cecily's dormant disease and the school board requested that she remained at home and not attend class.

It became evident that Cecily returned with a more defiant attitude. She quickly grew restless from the strict orders from the sanitarium and took her horse for a ride; but when she fell from the horse, Alec became enraged with her disobedience.

Felicity ordered Cecily to remain in bed and Cecily lashed out and criticized Felicity for sulking over her lack of direction in life. Alec and Janet realized that they were being too strict with Cecily's prescribed treatment and understood that they must set an example so the town could see that Cecily was not a threat.

They decided to move Cecily from the summer kitchen back into the house (6.13: Homecoming). The nature of her dormant illness eventually became more understood and accepted by the villagers. Cecily remained at King farm and began working as a telegrapher.

In December 1914, Cecily had to deliver the fateful notice to her family that Felix was missing in action. Miraculously, Felix eluded death and returned home to celebrate with his relieved family (Happy Christmas Miss King).